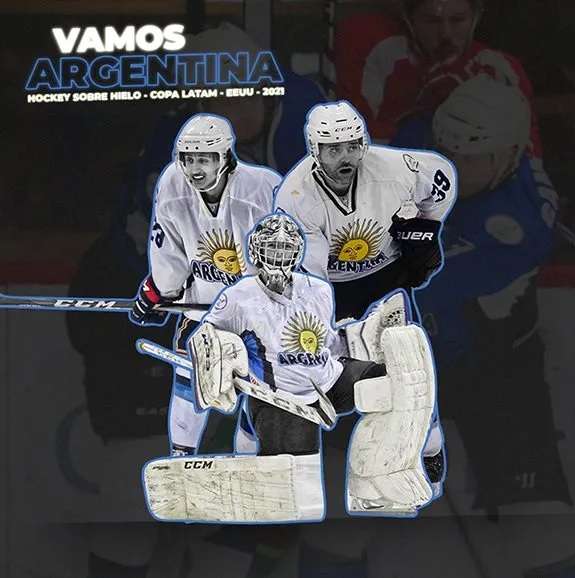 Argentina going to the Latam cup 2021

The Argentine Ice Hockey Team will participate in the third edition of the Latam Cup to be held from October 14 to 17 at the Florida Panthers Ice Den in the city of Coral Springs, FL.

In the previous editions of the tournament, the Argentine team registered resounding triumphs against Mexico, Venezuela, and above all in both editions of the classic against Brazil. The Argentine National Team will seek in this edition to return to the medal podium, a place that it occupied with the bronze medal achieved in the 2017 Pan American Championship in Mexico City.

After not taking place in 2020 due to the global pandemic situation, the Latam Cup this year will have the participation of six national teams in its highest division.

In Division I Group A it will be Argentina, Puerto Rico, and Mexico while Group B is made up of Colombia, Lebanon, and Venezuela. The winners of their respective groups qualify directly to the semi-finals, while the second and third parties will play the quarterfinals.

Beyond this, the tournament will also have a female and Junior category, as well as a Men’s Division B (in which Brazil and Chile participate), although this time for the first time without the participation of Argentine teams due to a pandemic.

The current squad is made up of several players residing in Argentina, as well as abroad.

This will be the seventh time Argentine men’s team will play in a international tournament.

The entrance to all the games is free and free, as well is the parking. The tournament will take place at the Panthers Ice Den, the Florida Panthers training center, located at 3299 Sportsplex. Dr., Coral Springs FL 33065

The fixtures of all categories, as well as more information about the tournament, are available at Amerigol Latam Cup


French goalie claims her place among men on the ice 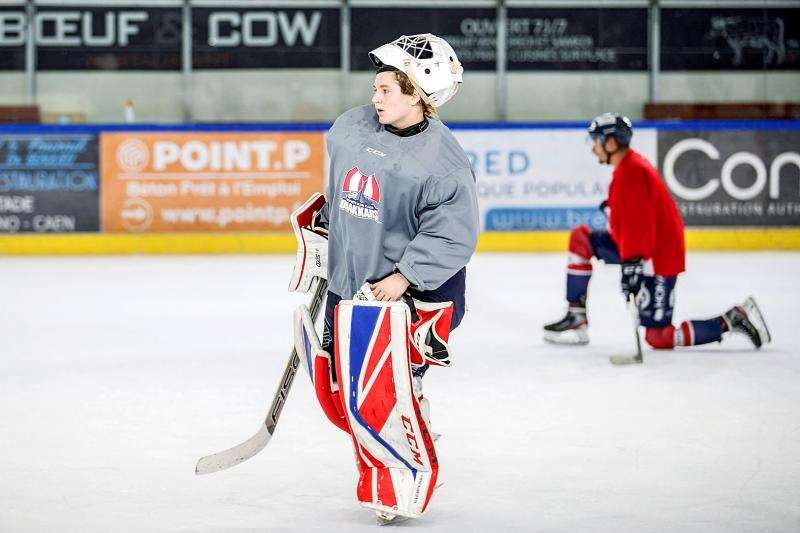 French goaltender Charlotte Cagigos, left, participates in a training session in Caen, France, on Tuesday last week. She is the only woman to play in a men’s professional team in France.

Charlotte Cagigos is aiming high, hoping to help the French women’s ice hockey team reach the Olympics. For now that means learning a new game as the only female goaltender training with a professional French squad.

Having laced up her first skates at the age of three, the native of sunny Mediterranean city Montpellier — not exactly an ice hockey bastion — knows full well what is riding on her efforts, months away from the Beijing Winter Olympics.

“It’s good for girls to see that you need to fight hard, and that hockey isn’t just a sport for boys,” said Cagigos, a 21-year-old who plays for Drakkars de Caen in the city of Caen in Normandy.

As the staccato of blades echoes off the ice, she stands guard in front of her goal during practice, taking hits from teammates who initially held back on their shots.

“At first when you see a woman in the goal you say: ‘We won’t strike so hard, we’ll be careful,’ but it’s exactly the opposite — we want to score and we hit the same as with any goalie,” Cagigos’ teammate Emmanuel Alvarez said.

Cagigos sought a club after graduating from high school, but few have women’s teams, and those that do often fill them with players of varying skills.

So the French ice hockey federation allows women under the age of 18 to skate on men’s teams.

For female goalies, there is no age limit, as the post is considered less exposed to the contacts that can be brutal elsewhere on the ice.

Yet Cagigos is one of just a handful who have played high-level hockey with men since the 1980s.

Cagigos joined the Drakkars at 17 and now trains with its semi-pro Division 1 squad, just below the Ligue Magnus, although so far she has not yet made its game roster.

For regular season matches, which began on Saturday, she is still on the Under-20 junior side or a reserve in Division 3.

However, since playing her first — friendly — pro game in January, Cagigos has captured national attention, and she has even been profiled by Canadian television.

She is not yet fully a pro, getting paid bonuses only for matches played, but the club’s sponsors help cover the cost of the thousands of euros’ worth of gloves, pads and helmet.

Between practices, she is also studying for a master’s degree in education, aiming to become a teacher.

“She brings a competitive spirit and a solid work ethic, and, above all, she fights hard every day in front of her cage,” Drakkar coach Luc Chauvel said.

She fits in so well “there are times I forget there’s a young lady with us,” he added.

That also means he has to remember to plan on a separate locker room for Cagigos to suit up.

“That’s the only downside to playing with the boys: I miss the locker room camaraderie a little bit,” Cagigos said. “It’s a small inconvenience compared with everything that I’m now able to experience.”