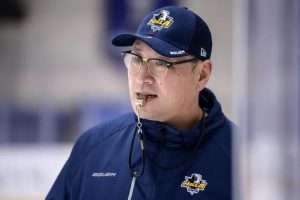 As 2018 hosts, South Korea dreamed of Olympic ice hockey glory, importing a star coach and roster of players. Four years later, not only did they fail to qualify for this week’s Beijing Games, most of their players quit the sport.

The team’s demise — hastened by the Covid-19 pandemic — is symbolic of how the Pyeongchang Games four years ago failed to spur much in the way of lasting interest in winter sports in South Korea and investment dried up.

The ice hockey minnows were granted an automatic berth for their home Olympics, leaving officials scrambling to assemble a competitive men’s team in a country with only a handful of professional players.

Their solution: give seven North American players new passports and places in the squad, hire an ex-National Hockey League (NHL) player as coach and pump money into training and facilities.

The team lost all of their three matches at the Olympics, but South Korea gradually climbed from 31st to 16th in the world rankings.

Then the pandemic hit, games were suspended and play in the regional league cancelled for two consecutive seasons, meaning little match time for players.

They ended up training in car parks.

“Olympics was great, the media coverage and everything was fantastic, the interest was climbing,” head coach Jim Paek, the first Korea-born NHL player to win the Stanley Cup, told AFP.

“Then boom. All these other obstacles happened,” said Paek, who remains the coach but saw the 2018 Olympic team gradually fall apart.

Six out of the seven naturalised players returned to North America, forced into early retirement when their contracts were not renewed after public interest and cash for the team dwindled.

They got married, they had babies, and they moved on, Paek said.

“They gotta continue their life,” he added. “They can’t just stay stagnant.”

The public — which enjoyed a brief obsession with ice hockey during the Pyeongchang Games, especially after the women united with North Korea to field a unified team — has also moved on.

The only one of the 2018 imports to remain in South Korea is goalie Matt Dalton — now the sole Canadian-born player on the team.

Many of his former team-mates would have liked to stay, he said, but due to the problems caused by the pandemic and declining public interest in the sport, it “just didn’t work out”.

Because of Covid, players had little in the way of competitive action or opportunity to stay in game shape before the qualifiers for the Beijing Olympics.

“When you go in with nothing, it’s pretty tough to come out with something,” Paek said.

South Korea bars dual citizenship but it revised immigration law ahead of the 2018 Olympics to allow “qualified” foreign nationals to hold multiple citizenships.

It wasn’t just for hockey: they imported 19 athletes ahead of the Games, out of 144 competing overall, for events including biathlon and luge.

At the time, local media questioned whether athletes would abandon their new passports and leave after the Games — a prediction that has largely come true.

In addition to the six departed ice hockey players, cross-country skier Magnus Kim, who is South Korean/Norwegian, switched his allegiance to Norway three months after the Pyeongchang Olympics.

“I didn’t think it was worth putting my future at stake to ski here,” he told Yonhap news agency.

But for the Beijing Games, which start on Friday, Korea has scaled back its ambitions, aiming for just two gold medals and a top-15 finish.

The government’s financial support for winter sports has fizzled out.

“All the hard work everybody put in and the time and the blood, sweat and tears that were put in… there’s nothing to show for it anymore, really, except for memories,” said Paek.

“We are back to square one again it seems like.”