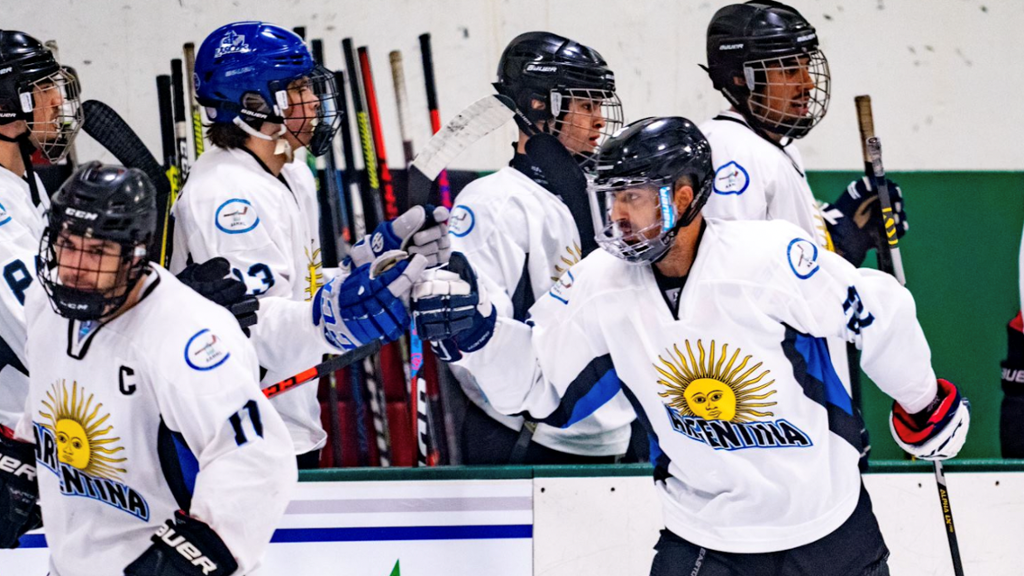 Some around Argentina’s national hockey team will joke that there were players who barely could skate on ice five years ago.

Through hard work, creativity in using the limited resources at its disposal, and participating in tournaments like the Amerigol LATAM Cup, those same players now can call themselves champions.

Argentina scored two goals in 1:01 late in the third period of a tied game for a 6-3 victory against Puerto Rico to win the inaugural Amerigol LATAM Spring Classic. The tournament was hosted in partnership with the Dallas Stars at StarsCenter in Farmers Branch, Texas, from March 24-27 and featured teams representing Argentina, Brazil, Columbia, Puerto Rico and Venezuela.

“It’s a huge step for the Dallas Stars and us to support this tournament,” Stars director of community outreach Al Montoya said. “It’s a chance for us to help these players play the game they love. It’s also a chance for us to show that the Latin culture isn’t homogeneous. Just like DFW [Dallas-Fort Worth] being so diverse, the Latinos here in Dallas aren’t just Mexican, aren’t just Salvadoran … it’s a chance to connect with that community and continue to grow the game that we all love.

“We want to grow the best game on earth. As a hockey player, as a former hockey player now, being in the NHL, it’s showing that there is space for everybody in this game and believing that once they do see this game, play this game or become part of it, that it’ll spread like wildfire.”

The Spring Classic is the second annual event hosted by Amerigol to provide more access to ice time and competition for national teams and players from Latin American countries. The Amerigol LATAM Cup first was held in 2018 at Florida Panthers IceDen in Sunrise, Florida. It has been held every year since, except for 2020 because of the COVID-19 pandemic.

These annual events provide opportunities to Latin American players to practice and skate on ice, something that can be hard to come by in their home countries. Many players came to the Dallas area before the start of the tournament to transition from in-line roller hockey to ice.

In addition to the tournament, the Stars hosted more than 90 players, coaches and staff members from the Spring Classic at their home game against the Vancouver Canucks on March 26. For most, it was the first time they had gotten a chance to see NHL hockey live.

“They’re going to go back to their country and speak to their teammates from their roller hockey leagues and talk about their experience,” said Juan Carlos Otero, one of the founders of Amerigol. “It’s going to create a desire for these guys to want to work hard to be on the next national team, to be on a team that’s going to travel and participate in the LATAM Cup or the Spring Classic. That’s just going to help grow the game down there.”

Otero anticipates the 2022 Amerigol LATAM Cup, which will be held in Sunrise in partnership with the Panthers from Sept. 15-18, will have more than 40 teams participating, including some traveling from as far as Egypt and Thailand. Though the tournament started as a way to grow hockey within Latin American countries, Otero said he always will find a way to include countries where hockey is considered non-traditional.

After all, Otero said, “Why can’t everyone have an opportunity [to play]?

“These players have the same passion as we do for this incredible game and love it as much or more than we do. You can come up to any little player and ask him what happened in the NHL last night and he’s going to tell you … it’s just incredible the love they have for this game.”