The History of Ice Hockey in England 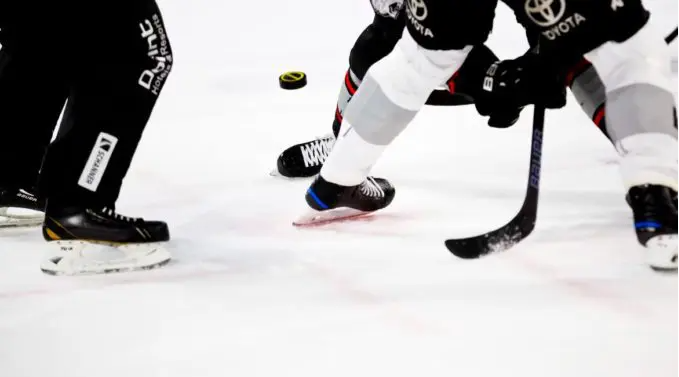 Ice hockey has progressively risen in popularity since it was first played professionally in Canada in 1895. The game’s popularity is particularly noticeable in the winter when several local and international leagues are played worldwide. Like field hockey, the game requires players to move around using sticks to shoot at a target, but with skaters instead of grass or artificial turf. It is a very physical and fast-paced game, which makes it a very entertaining sport, for fans to watch,

In England, the first recorded ice hockey games took place in the early 20th century, but it was not until after a few years that it generated enough interest to form permanent teams. However, the sport has grown significantly in England from its humble beginnings as a five-team league in the early twentieth century to now being played professionally in the Elite Ice Hockey League (EIHL) today.

The origins of ice hockey have been traced back to a variety of stick and ball games popular in the United Kingdom, Ireland, and North America during the 18th and 19th centuries. One of the games closely associated with the origins of ice hockey is bandy, a winter sport played with ice skates and sticks to direct a ball into the opposition’s goal. Other similar games included the Irish game of hurling, Scottish shinty, and North American lacrosse. However, because these three games were played on a field rather than on the ice, the bandy remains the most similar to modern ice hockey in terms of gameplay.

The game of bandy is said to have evolved from a group of similar ice skating games. It was first played in British North America (present-day Canada), where it was known as “hockey on the ice.” However, since field hockey developed in 17th century England, there is a belief that some of the games took place on the ice, which means England can also be credited directly with the development of ice hockey.

While the sport’s origin seems contradictory, there is no doubt that modern-day ice hockey began in Canada. In March 1875, the first modern ice hockey game was played in Montreal, Canada, between two teams of nine players each.

The first English ice hockey game was said to occur in 1885 between Oxford and Cambridge universities. However, there are doubts that this said match even occurred. Some believe it was a bandy game that took place, not ice hockey. Nevertheless, by 1903, the first European ice hockey league was formed in England. It consisted of five teams, and the London Canadians won the league that year.

Ice hockey grew tremendously in popularity in England between 1935 and 1954. At the time, the English National League and the Scottish National League were the two most popular ice hockey leagues, drawing much attention. The Men’s National team also had an incredible run of success, winning the Olympic and European titles and a couple of world titles. One of their memorable games was their 2-1 victory over Canada, the reigning world champions at the time.

The English and Scottish national leagues were later merged in 1954 to form the British National League. However, things didn’t go well for the game after the merger, which eventually caused the league to fold up in 1960.

After the 1960 decline, the sport fell into obscurity for more than 20 years. It wasn’t until 1982 that it began to regain prominence. The former British National League was restructured to form the English Ice Hockey Association. At the time, the association comprised 60 ice hockey teams.

The sport went on to enjoy even more prominence in the 1990s. At this time, the game became quite popular, attracting an average of eight thousand spectators each match day. One of the most attended matches at the time took place at the 17,000 Manchester Arena, which was completely sold out. One important factor that contributed to the sport’s incredible success at the time was a large sponsorship deal with Heineken, which brought more revenue into the league.

The Ice Hockey Super League, an additional top-tier league, was later founded in 1996 with the goal of improving the image of the sport. However, the Super League only lasted six years before collapsing. It was replaced by the Elite Ice Hockey League, which suffered from low attendance when it was newly introduced.

Despite many ups and downs, ice hockey has gradually grown into one of the most notable sports in England. Today it continues to garner more enthusiasts, particularly during the winter season.