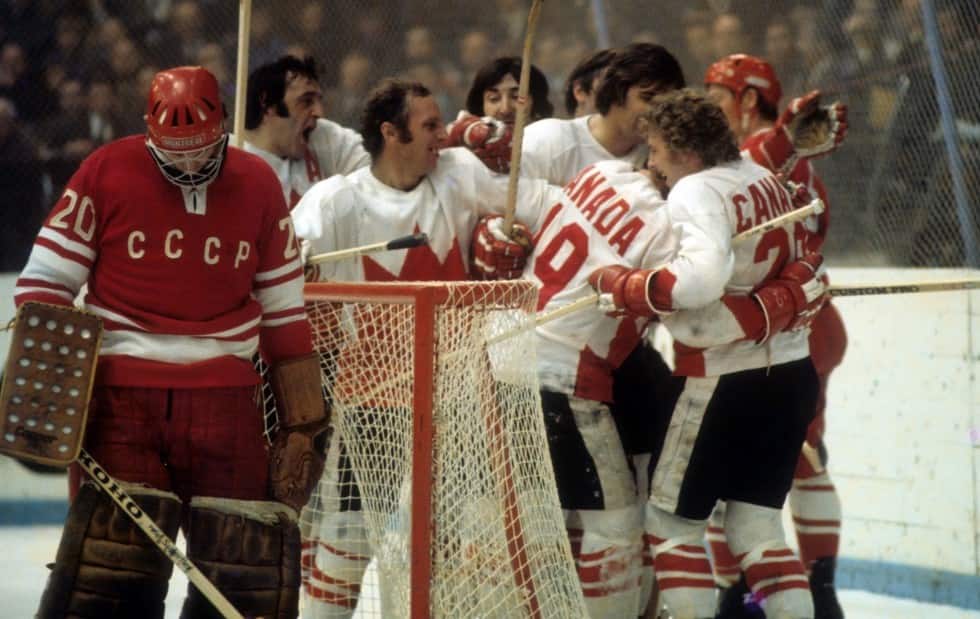 Team Canada changed strategies for game six getting away from the straight-line tactics that was normal in the NHL and pushing the tempo with head-man passes and criss-crosses to take advantage of the Soviets’ biggest weakness: their play in their own zone. The Canadian players were also starting to get into shape heading into game Six in Moscow.

Game 6, was a very heated game with a lot of pushing and shoving going on. Then the famous incident where Bobby Clarke of Team Canada two-handed chop on  forward
Valeri Kharlamov’s ankle. Clarke came up from the side and laid the chop on Kharmalov’s ankle. Clarke was given a misconduct. Kharlamov finished Game 6, but he didn’t appear in Game 7. He came back to play in Game 8 but he was nowhere near the player he was earlier in the series.

Canada left the ice after Game 6 with a 3-2 victory that gave them renewed confidence and kept alive their hopes of winning the 1972 Summit Series.