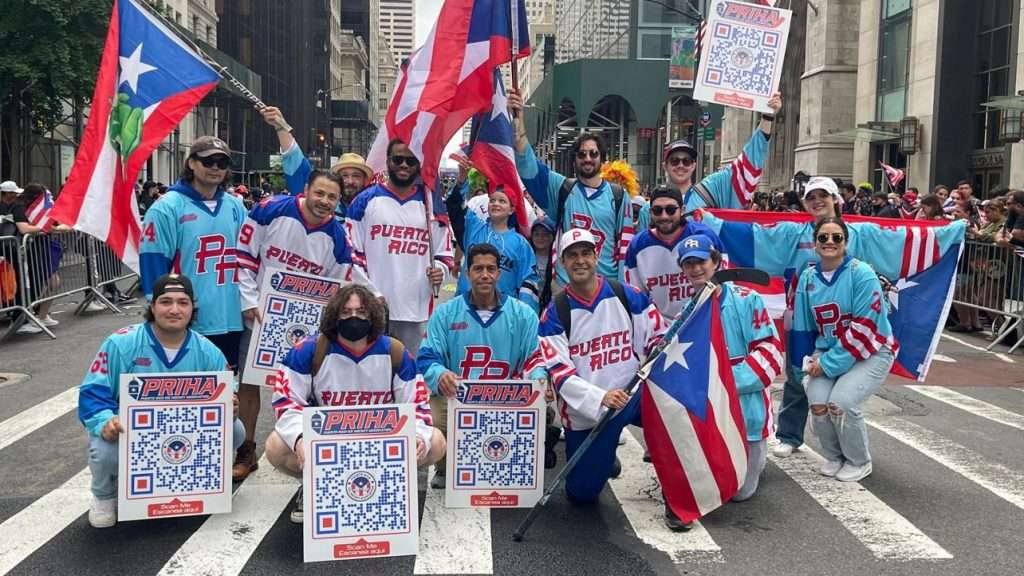 Scott Vargas remembers the looks he and other members of the Puerto Rico Ice Hockey Association got when they marched in the National Puerto Rican Day Parade in New York in June.

“A lot of people were utterly confused and a lot of people that were at the parade still don’t know we exist, probably,” said Vargas, the PRIHA’s president and executive director.

Vargas said he believes the profile of the association, dedicated to promoting and expanding hockey within the Puerto Rican community throughout the Americas and the Caribbean, is about to be raised.

Puerto Rico’s men’s team, captained by Vargas, won the Amerigol LATAM Cup on Sept. 18 with a 3-2 win against Argentina 3-2 at the Florida Panthers IceDen in Coral Springs, Florida.

Buoyed by the LATAM Cup performances, the PRIHA is looking for a larger platform. It applied for membership for Puerto Rico in the International Ice Hockey Federation, the sport’s governing body.

The IIHF could decide on the application during its Semi-Annual Congress, which begins in Belek, Turkey, on Thursday.

“We thought long and hard about what the purpose was of the association and, simply put, it’s to represent Puerto Rico at the highest level possible on the international stage,” Vargas said. “In order for us to do that, we’ve got to get into the IIHF. … We feel we can be a competitive organization, move up those world rankings and truly represent Puerto Rico that way.”

But Puerto Rico must overcome some serious hurdles before that can happen. The island doesn’t have a suitable ice rink — a requirement for full membership in the IIHF — and the U.S. territory has a balky electrical power grid.

The Aguadilla Ice Skating Arena, which opened in 2005 and was the only ice skating facility in the Caribbean, was damaged by Hurricane Maria in 2017 and hasn’t reopened.

The Coliseo de Puerto Rico Jose Miguel Argelot in San Juan, where the New York Rangers defeated the Florida Panthers 3-2 in the first and only NHL game played on the island on September 23, 2006, has ice-making ability but is a large multi-use venue.

“That’s at least definitely there,” said Vargas, a 31-year-old Tampa, Florida, native who played NCAA Division III hockey at Finlandia University in Hancock, Michigan, from 2012-15. “We’re trying to see if there are other places that have permanent chillers. If we could find a smaller facility, that would help us a lot.”

In the meantime, the PRIHA continues its drive to recruit more players and raise awareness of hockey on the island. The association was founded in 2020 with 11 players and now has more than 200 registered players, Vargas said.

It hosted its first evaluation camp in Chicago in May that attracted 105 players. In 2021, the PRIHA became part of Puerto Rico’s National Olympic Committee’s Federation of Puerto Rican Winter Athletes.

“If we have Olympic teams in baseball, basketball and skeleton, why not ice hockey?” said Jazmine Miley, 27, who captains Puerto Rico’s women’s team and who coaches women’s hockey at Paul Smith’s College, an upstate New York school that competes in the American Collegiate Hockey Association. “Why not ice hockey? Skeleton, you don’t even have (facilities) on the island. It’s much easier to put a rink on the island when we have the funds.”

The PRIHA plans to host its first event on the island in October, a roller and inline hockey gathering in San Juan designed to introduce residents to the sport and whet their appetite for ice hockey.

“The grassroots level is extremely important. That’s how you start, that’s the beginning. And then we’ll see where we can get to.” 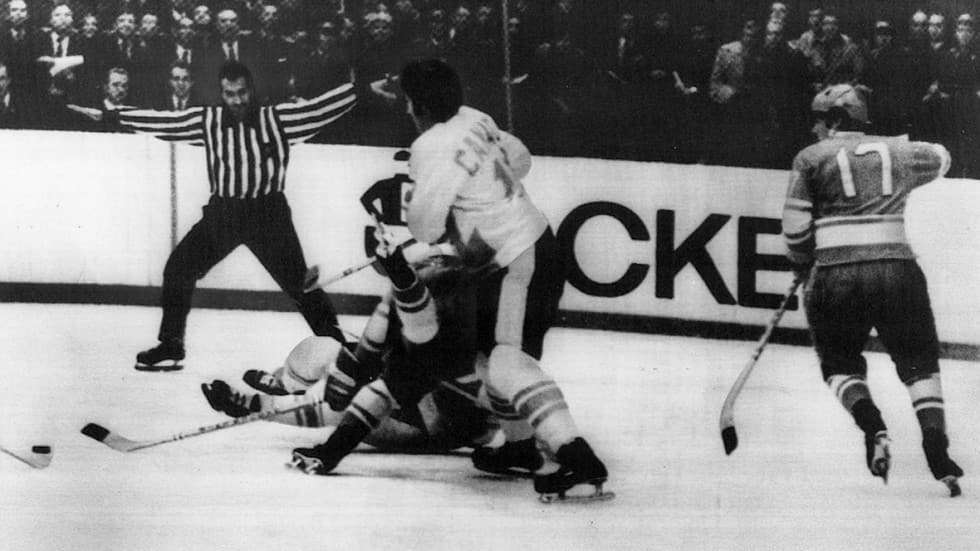 Canadian and Soviet hockey players pile up during a game in Moscow.

Team Canada made 2 changes for game 7: Tony Esposito was back in for Ken Dryden, and Red Berenson is out for Bill Goldsworthy. The Soviets meanwhile made 5 changes to their lineup, most notably Valeri Kharlamov, his already sore ankle cracked by the slash of Bobby Clarke in the last game. The Soviets also pulled Shatalov, Lebedev and Bodunov and replacing them with Gusev, Kuzkin, Blinov and Mikhailov.

The Canadians received a late lift from Paul Henderson before surviving a desperate push by the Soviets in the final two minutes of Game 7. At the end of the day, Canada was back in business with a 4-3 victory that evened the 1972 Summit Series.

The Canadian fans sang the Canadian national anthem. every player on the team would say they had a tremendous influence on the Canadian players and in the game.