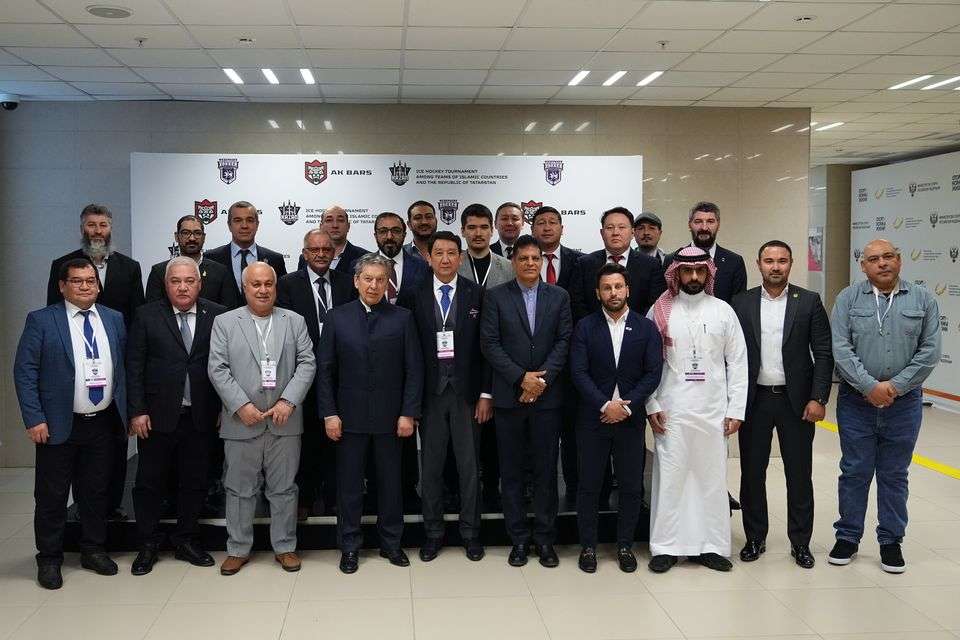 On January 17, at the international hockey forum of the first tournament among Islamic countries, the KazanHockey cup, the first meeting of the working group of the Association for the  Development of Hockey of Islamic Countries took place.

Delegates from 13 countries, leaders of the hockey federations of the UAE, Saudi Arabia, Morocco, Algeria, Oman, Bahrain, Iran, Mongolia, Turkmenistan, Uzbekistan, Kyrgyzstan, Kazakhstan, Turkey and representatives of the Ice Hockey Federation of the Republic of Tatarstan agreed on cooperation and interaction in the development of hockey, organization of joint sports tournaments, exchange of experience between federations.

The purpose of the organization is the development of hockey in states with the leading religion of Islam, the development and popularization of hockey in the regions of Asia, the Middle East and Africa. Cooperation will allow countries to adopt the experience of Russian hockey, train players, coaches and referees and gain access to methods for training young hockey players.

Anvar Omorkanov , President of the Ice Hockey Federation of Kyrgyzstan:

– Tatarstan has a long history of hockey development, there is the country’s leading club Ak Bars, where the best hockey players of the country play, the best training conditions have been created for the players on the basis of the team. We are amazed at the level of infrastructure for children’s and adult hockey, and we are also very pleased that we were able to take part in such a tournament.

Cooperation with the Ice Hockey Federation of Tatarstan will be a great impetus for the development of hockey in Islamic countries. By adopting the experience of the leaders of the hockey world, our colleagues from the Middle East and Africa will be able to do even more to promote and develop our game.

There are still many Islamic countries in the world where hockey is also played, and our organization will grow. One of the goals of the association is to include hockey in the Islamic Solidarity Games, which will give our sport even more momentum.

– Many thanks to Kazan and Tatarstan for their hospitality, we thank the participants for the tournament, the forum and our meeting. We are glad that now our cooperation in the field of hockey is reaching a new level. The popularity of hockey in our countries is growing, in the UAE the demand for classes already exceeds our capabilities, especially hockey is attractive to girls.

The conditions of Tatarstan for the development of sports impressed all the guests, and it was not in vain that we chose Kazan as the headquarters of our new organization. It is the northernmost capital of the Islamic world and the hockey leader among Muslim regions. We are confident that through our joint work we will achieve high results and do our best for the development of hockey in the world.