Vito Nikolic: “After the departure of foreign players, we understood that Medvescak was over” 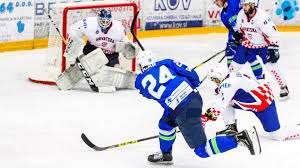 22-year-old goalkeeper of the Croatian national team and the last official player of Medvescak Vito Nikolic spoke about Zagreb, about local hockey and about the club during there death.

You were born in Zagreb, one of the most popular tourist destinations in Europe and a very beautiful city. Tell us about the city, about the people who live there?

I love Zagreb, this is my home. The people here are kind, the city is beautiful, and there is something to see all the time. I like the atmosphere in the city. This is exactly what you need, the perfect balance between rush and relaxation, and I myself prefer the relaxing side of Zagreb. People here love to spend time in cafes, sitting and chatting. It’s kind of a culture here.

3 best places in the city, where, in your opinion, everyone should be if they come to Zagreb?

Almost everything happens in the center of Zagreb, but two places that are not in the center of the city and must be seen are Medvedgrad, the castle above Zagreb, and the zoo. A coffee session at the center is required. My recommendation is to go to Zagreb in the winter, around Christmas time.

Let’s talk about hockey. How did you end up liking hockey? Why did you choose this particular sport?

My dad took me skating with him when I was 2.5 years old, and I really liked it, then he sent me to the hockey camp, and I realized that I wanted to become a hockey player. I have tried other sports, but I never stopped playing hockey. 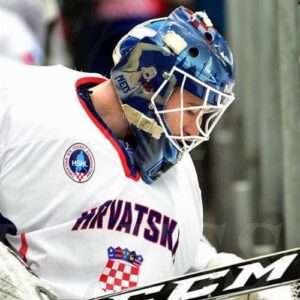 Tell us about your first team you played for?

My first team was Mladost Zagreb, where I learned how to skate and it took me 3 seasons before I could put on my uniform and play real hockey because I was too young.

You started your professional career in the Slovak U-18 league with Topolcany in the 13/14 season, played 4 matches,  and had  GAA of 4.23 goals per game and save percentage of 90.4% . Why did you start your career in Slovakia? How can you rate time with the team? What do you remember the most?

I went to Slovakia in the 2012/13 season, playing in the U16, and I think this season helped me a lot to improve my game. I had to leave Croatia because I wanted to improve and play the best hockey. Slovakia is a hockey country and I had a chance to leave Croatia, so I took it. I learned a lot there because we constantly trained there. It was a good experience for me, and then I was given a few extra games with the U16 team.

Your last year in Slovakia you played in Dubnica U-18. Although your stats were worse than a year earlier, you played 19 matches, you had more practice. Which of these seasons has helped you improve your skills and play the most?

Yes, that was the year when of ups and downs began. One game could be great and the next day I had a bad game. That year I was working on improving myself, and I think that the experience I got that season helped me a lot too.

At that tournament, our goal was to stay in the division, and we did it. I could have played better in some games, but I didn’t let the team down in the games that mattered the most. Then there was the game against the Netherlands national team for the 5th place, which we won 2: 1 and we were save. 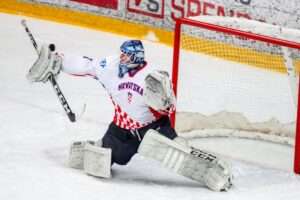 In the 16/17 season you played on three teams of the Medvescak system: Medvescak U-19 (Croatia U-18), Medvescak U-20 and Medvescak-II (IHL and Croatian championship, respectively). Was it hard to play when you changing teams and where did you feel the highest level of hockey was?

It was not hard, because it was the same circle of people. EBYSL (Austrian U-20 League) and IHL had their highest levels that season. The EBYSL teams had some great young players who now play for EBEL and IHL had some experienced players who have played for the Slovenian national team. so its hard to say.

The next season was the best for you in terms of trophies: you played for Medvescak-II in the IHL (one of the Slovenian hockey leagues) and won the championship. You were the main goalkeeper on the team. In addition, you played for the Croatian U-20 national team in Division IIB of the World Youth Championship, played 4 matches, were named the top goaltender of the tournament and led your team to a bronze medals. How did you feel after such a successful year?

It was great to win the IHL, but I like playing for the national team more. It was a good tournament, but, unfortunately, we did not fulfill our task of winning gold medal. But I have good memories of that tournament.

Now let’s talk about season 18/19, the last season for Medvescak. What was the situation at the club before the season started?

The situation was pretty good, or so we thought. Everything looked good and normal. The problems began 3 months after the start of the season.

You played 14 matches for Medvescak in EBEL that season. On average, you conceded 8 goals per game and save percentage 86% of. How has the situation with the club changed over the season? When did you realize that this was the end for the club?

Yes, I started playing my first minutes on the main team after many foreign players  left the team and the team began to attract home base players. The results weren’t very good, we lost every game since it happened. During the games, about 60 shots were shot at our goal. The situation was so bad that we barely gathered 12 guys for several away games. The matches were very difficult, but we enjoyed playing.

As far as I know, you were the last official player of Medvescak, you left the team only on 26 August. How did the club fare at the end of the season? 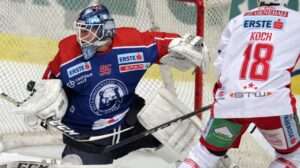 As far as I understand, Medvescak does not exist now. Could Medvescak somehow comeback, do you think it was possible?

There is no such professional team as Medvescak. As we all know, nothing happens without money. If someone could raise money, I think that the team could be saved, I see no reason why it could not be in this case.

What is the current situation with hockey in Croatia after Medvescak “died”?

The situation has worsened, but Croatian hockey can survive without professional hockey.

On August 26, 2019, you signed a contract with the French team Courbevoie. You played for this team last season. What can you say about the team and hockey in France?

The team is very well organized and takes very good care of me. The league has several excellent foreign players with good experience. I am very happy there and will stay for one more season.

You played for the Croatian national team in two tournaments and played 3 matches in total. What is your rank on the national team? Is it possible to say that you are a young star of Croatian ice hockey?

My rank depends on the goalkeepers who come to play for the national team. I wouldn’t say that, I still have a lot to prove, and so far I’ve only had one good tournament (lol). 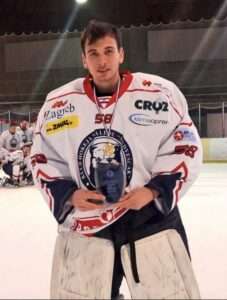 One of the best goalies in the Medvescak System

What are your plans for the future? Do you have any offers from different teams?

I will continue this season at Courbevoie, and for now that’s all I know. I don’t know what the future will bring me.

How has quarantine changed your life?

Actually not that much, I was at home, enjoying the time with my family and training off the ice.

Who is your favorite player?

What is your favorite NHL team?

Your advice to players from countries that are exotic for hockey, such as Croatia.

If you are serious about hockey and you have a chance to play in a good hockey country, take it. Also, practice whenever you can and then just enjoy the game.

I hope that my readers will believe in you and will follow your progress. Good luck and I hope that one day you will write your name in the history books of Croatian ice hockey!

I hope so too, thanks for the interview!