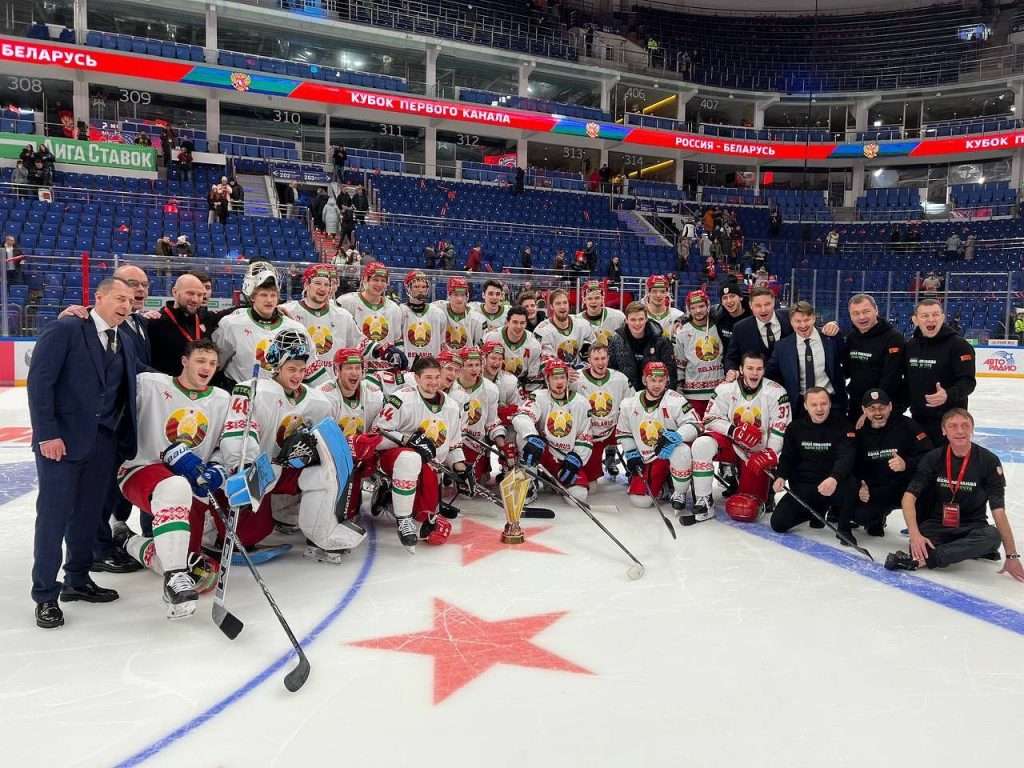 The Belarusians led three times in the game, but still allowed the hosts Russia to take the game into overtime. In extra time where no one scores, as a result, it came to post-match shootouts, where all the Russian shooters’ were neutralized by Alexei Kolosov, who was recognized as the best goalkeeper of the First Channel Cup tournament. The only successful shooter in the shootout was Shane Prince of the Belarusian national team,

The last time the national team of Belarus defeated the national team of Russia was on April 2, 2011 in a friendly game in Smolensk – 6:4 (1:1, 4:2, 1:1). The head coach of the Belarusian team then was Eduard Zankovets, and goals were scored by Dmitry Meleshko-2, Dmitri Korobov, Alexei Efimenko, Andrei Filichkin and Alexander Kulakov. Future world hockey stars Evgeny Kuznetsov, Artemi Panarin, Vladimir Tarasenko played for the Russians.