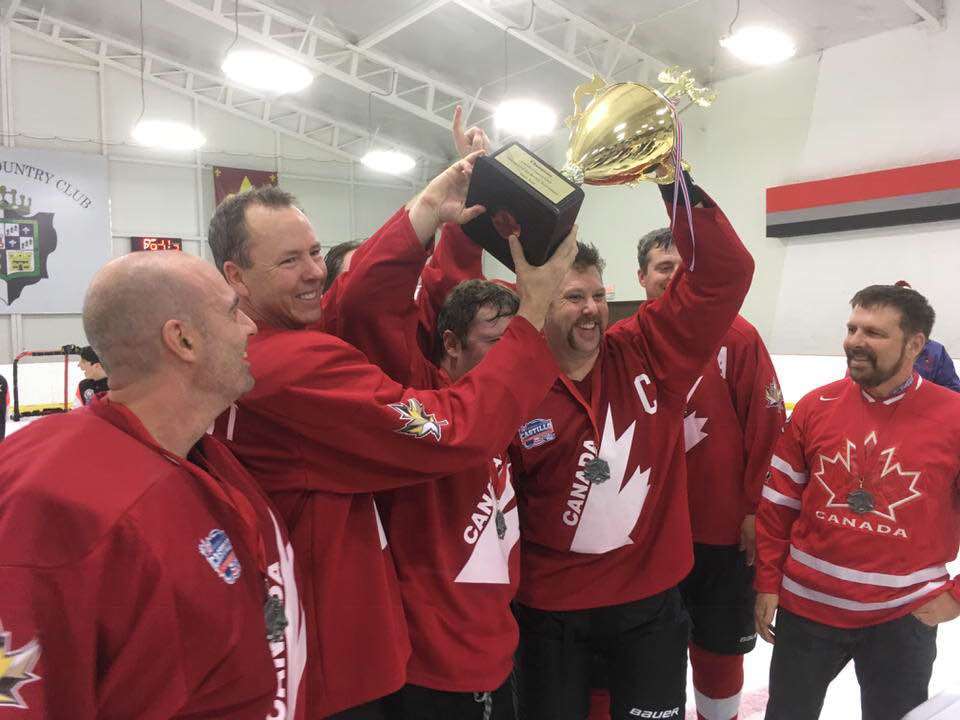 It was almost an otherworldly experience for a Calgary beer league hockey squad, playing before hundreds of spectators and signing autographs for star-struck kids.

The eight-member Canadian Citizens hockey team won Costa Rica’s first-ever hockey tournament, an unlikely four-team weekend event that came to be thanks to a 20-year effort by former Calgarian Bruce Callow to build a hockey program in the Central American country.

Joining the Calgary squad in the tourney were teams from Los Angeles, the U.K.’s Falkland Islands, and the hometown El Castillo Knights, of which Callow is a member.

For Calgary’s Kyle Kemp, the entire event was a once in a lifetime experience.

“It was definitely a really cool experience,” said the 37-year-old, calling from Costa Rica on Monday, a day after his team won a see-saw 7-5 championship game against the Los Angeles Ruination.

“We’re were playing in front of hundreds of fans who are just loving it. Kids are coming up to us asking for autographs — that’s a first and a last for us.”

With an ice surface about half the size of a Canadian rink, low boards and no glass partitions, Kemp said the teams had to adapt, playing three-on-three with no slapshots. But it didn’t remotely diminish the experience.

Callow, still aglow about roofing a goal of his own against his hometown team, said local hockey fans were thrilled at how well the tournament came together.

“They were totally blown away. For our local team, it was an important learning experience as we had never actually played another team before,” he said.

“Having three foreign teams really made the tournament memorable and historic and having the Falklands come here was off the scale amazing.”

It’s been a banner year for the Calgary transplant, who over the summer saw the crimson El Castillo Knights jersey worn by his Costa Rican-born son hoisted among some of the legendary names in Toronto’s Hockey Hall of Fame.

Even though Callow’s Knights came up short in each of their four games, he said he was more than happy to watch the Calgary team take home the medals.

“I played on the Knights tournament team, but I was cheering hard for the Citizens in the final,” he said.

“It was an exciting tournament with excellent parity and Citizens were an exciting team to watch. The people in the crowd were thoroughly impressed with their skill and sportsmanship and the success of this tournament helps pave the way for future tournaments at the Castillo Country Club.”

Kemp said he and his teammates, who range in age from 32 to 50, plan to spend the rest of the week in Costa Rica, returning to Calgary on Friday. And he’ll be first to volunteer for any future tournaments in the growing Central American hockey mecca.

“Walking into a rink in flip flops is a real challenge,” he said. “We’d love to come back.”