Canada looks to the top 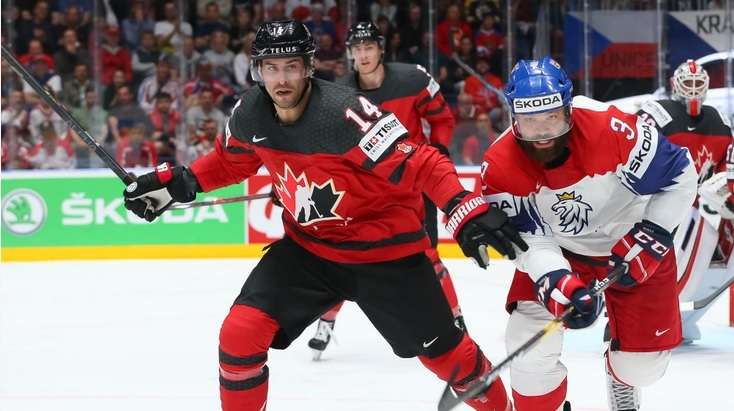 Canada is at the top of the IIHF’s Men’s World Ranking and has won a medal in four of the last five years, missing out only in 2018 after a 4-1 loss to the U.S. in the bronze-medal game. A multi-faceted mix of a roster will be a challenge for coach Gerard Gallant to coordinate, but the talent is there.

Two of Canada’s three goalies know each other very well from the NHL. Canada’s likely starter will by Darcy Kuemper, who played on Canada’s 2018 team and who has been with the Arizona Coyotes for several years. He was the team’s number-one goalie this past season, posting a record of 10-11-3 and a GAA of 2.56. His backup in Arizona is Adin Hill, who will be representing his country for the first time. Hill played in 19 games with a 9-9-1 record and a save percentage of .913 in Arizona. The third goalie will be Michael DiPietro who played at the 2019 World Juniors when Canada finished a disappointing sixth.

What an incredibly diverse and interesting aggregation of talent Canada has on the blue line this year from veteran players to Owen Power, who is considered by many to be the number one prospect for the upcoming NHL draft. The 18-year-old played this past season for the University of Michigan, which wouldn’t release him to Canada for the World Juniors this past year. Playing in Riga will be great for his development, and great for fans to watch a young talent as it emerges.

Jacob Bernard-Docker helped Canada win gold at the 2020 World Juniors, and played most of this past season with the University of North Dakota. The 20-year-old also played five games for the Ottawa Senators. Another youngster is 19-year-old Braden Schneider of the Brandon Wheat Kings, who played for Canada once previously, at the 2019 U18s.

Several others will be making their first appearance for Canada, including Colin Miller of the Buffalo Sabres, Sean Walker, of the L.A. Kings, and Nicolas Beaudin of Chicago. Mario Ferraro (no relation to Ray) will also be on the team. The 22-year-old has played for San Jose the past two seasons.

The forwards have plenty of experience either in the NHL, the international game, or both. Again, youth is well served in the lineup, but perhaps the most intriguing name is Cole Perfetti. The 19-year-old was drafted 10th overall by the Winnipeg Jets in 2020 and helped Canada win silver at this past World Juniors.

But the most impressive name might well by Connor Brown, who saw a resurgence in his career with Ottawa this year. He had 21 goals in 56 games and at 27 years old is ready to help the Senators in the long term. He’ll be wearing the maple leaf for the first time in Riga. Brandon Pirri is 30 and has had a career both in the NHL and the minors, most recently with Chicago and Rockford.

The most senior member is Anaheim Ducks forward Adam Henrique. The 31-year-old is the elder statesman of the team and has 710 NHL games to his credit. He also won two silver medals for Canada, one in 2010 at the World Juniors and another nine years later at the senior Worlds.

Canada often adds one outlier to its lineup, and this year that player is Justin Danforth. He hasn’t played in the NHL but has played extensively in the AHL before moving to Europe to continue in Finland and, this past season, with the Czech team HC Vityaz in the KHL. Nick Paul is another player who has been with the Senators since 2015, and in the last two seasons has really established himself as a bona fide NHLer. Not flashy, he is a solid two-way player who will help coach Gallant in whatever role is asked of him.

Two young forwards with the L.A. Kings are Jaret Anderson-Dolan and Gabriel Vilardi. Anderson-Dolan has played at both the U18 and U20, while Vilardi was an 11th overall selection by the Kings in 2017. Both are just starting to come into their own in L.A. Max Comtois is the most experienced player on the team for IIHF competition, but it has all been at the junior level so far. He played in two U18s and two World Juniors, winning gold at the 2018 U20.

Andrew Mangiapane is here because of his fine season with the Calgary Flames, while other young players hoping to contribute and develop include Liam Foudy, who won gold at the 2020 U20; Dillon Dube, also from Calgary and silver and gold medallist at the World Juniors; and, Brandon Hagel and Michael Bunting.

A silver medallist with Canada’s 1989 World Championship team as a player, Gerard Gallant took the expansion Vegas Golden Knights to the Stanley Cup finals in 2018 in their first season. He was fired midway through the 2019-20 season, thus making him available for this assignment, his first behind a Team Canada bench.

Chemistry is the key word for Canada this year. How will all these parts from so many places in so many leagues and at such a variety of ages all fit together? Gallant will have a good deal to say about that, as well as the players’ ability to gel quickly during the few practises and warmup games they will have at their disposal. But this is a very talented group and is perfectly capable of getting to the final weekend. After that, chemistry will decide Canada’s fate, medal or no medal – and if medal, what colour?