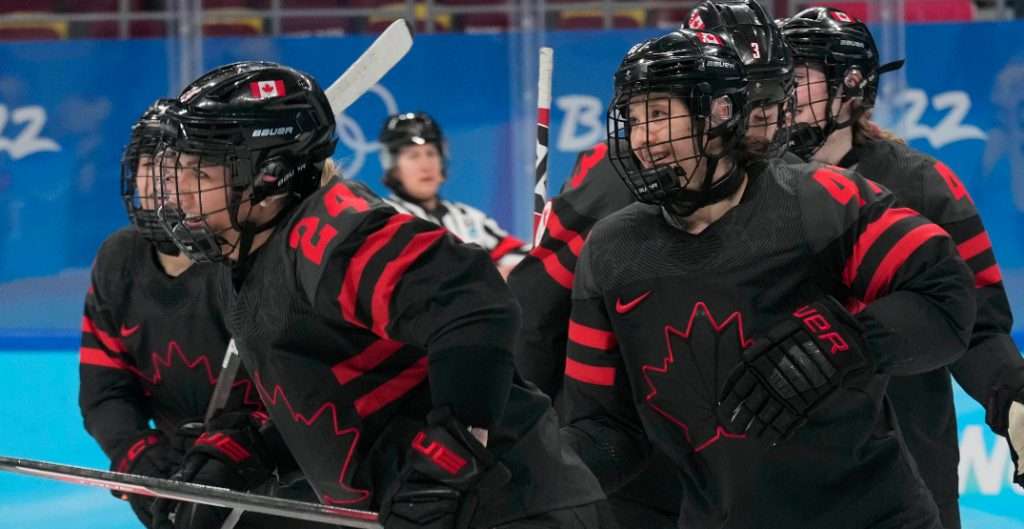 Brianne Jenner and Sarah Fillier scored three goals, and Marie Philip Poulin and Sarah Nurse had four assists to pace Canada to a dominating 11-0 win against Sweden in quarterfinal action at the 2022 Games.

The win advances Canada into a semifinal matchup against an opponent to be determined pending the remaining quarterfinal. Semifinal matchups are re-seeded; Canada, who went perfect through the round-robin portion of the tournament, is the No. 1 seed.

After winning all four games against Group A opponents, Canada earned the nod — including a marquee 4-2 win against Team USA and a delayed 6-1 victory over Russian Olympic Committee  — to claim the division’s top spot. Canada, the only team without a loss in the tournament, outscored opponents 33-5 en route to earning their date with Sweden.

Jenner, who won gold at 2014 Sochi and silver at 2018 PyeongChang with Canada, opened the scoring at 3:05 of the first period, tucking a shot along the ice by Soderberg for the 1-0 lead.

Fillier sniped twice in a 36-second span late in the opening frame to extend the lead to 3-0. She snuck a one-timer off Sodeberg’s pad and in, a goal that required video review to confirm, at 17:41 before pinballing a pass from Renata Fast off the Swedish netminder and in at 17:41.

Jamie Lee Rattray went bar down on a wrist shot from the point through traffic with 24.1 seconds remaining in the opening frame to make it 4-0.

Spooner chopped a rebound 3:16 into the second period, and Erin Ambrose went short-side shelf on Soderberg 1:59 later for a 6-0 edge.

Blayre Turnbull netted a bank shot at 6:56, and Jenner scored on redirect high over Soderberg’s glove at 8:13, pushed Canada ahead by eight. Emily Clark added another at 9:09 to give Canada a 9-0 lead after the middle frame.

Jenner completed the hat-trick at 10:55 of the third period, converting on a backdoor feed from Micah Zandee-Hart that beat goalie Ida Bowman, who replaced Soderberg after 40 minutes.

Jenner and Fillier each lead the tournament with eight goals apiece.