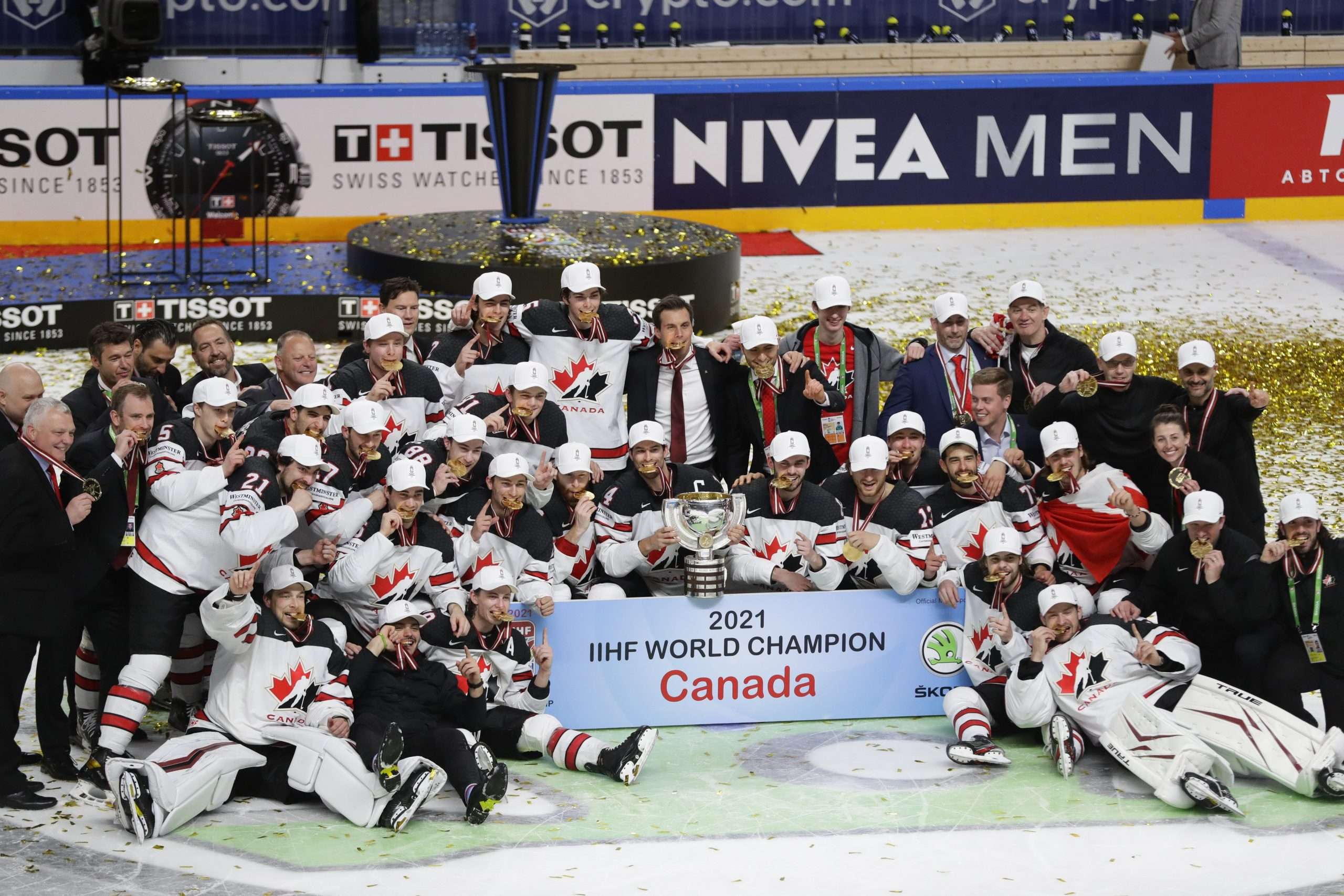 Nick Paul scored at 6:26 of the three-on-three unlimited overtime to give Canada gold.

Only three teams have ever won World Championship gold after losing three games. The Czechs lost three in 1999 but two of those losses came in the playoff round when the format was best-of-two. Canada lost three in 1997, including one of the best-of-three finals, and Sweden lost three in 1987 when there were two tiers of round robin games.

No team has ever lost four games and won gold.

There were only two returning Canadians from the 2019 finals, captain Adam Henrique and defenceman Troy Stecher.

Canada had a tough start, incurring 16 minutes of penalties in the opening period to none for Finland. Ten of those came on a 2 + 10 call to Justin Danforth in the early going. Although the Finns didn’t capitalize on that man advantage, they did on the second one to Nick Paul for high sticking.

Kaski took a point shot with Mikael Ruohomaa in front. Rather than tip the puck, Ruohomaa stopped it, spun and put the puck onto his forehand, and lifted the puck in the open side as he was falling. The penalty to Paul had expired one second earlier, but he wasn’t able to get back in play in time.

The Canadians took a third penalty but managed to kill that as well. But the toll wasn’t so much on the Finnish side of the scoreboard as it was that Canada wasn’t able to get any flow to its game, and the big line of Henrique-Brown-Andrew Mangiapane managed only a few shifts without testing Olkinuora from in close.

Maxime Comtois tied the game for Canada early in the second after the Finns took two consecutive penalties that gave Canada 12 seconds on five-on-three in the process. Comtois hit the post on the first man advantage, swiping quickly at a loose puck, only to see it miss the empty net and dribble off the iron.

Next shift, though, Comtois converted. Brown took a long shot that drifted off the crossbar, and this time Comtois didn’t miss on the rebound opportunity.

The Finns had another power play later in the period, but Kuemper made his best save of the game when he stoned Kontiola from point-blank range.

With four minutes left in the period, Canada scored again when Adam Henrique knocked in a rebound, but as has become the norm in the tournament the defending team immediately went to its iPad to check for an offside. Finnish coach Jukka Jalonen challenged the play, and sure enough the goal was called back because the entry into the zone was offside.

Canada almost went ahead early in the third on a flukey play. Olkinuora misplayed a shoot-in and the puck bounced off the back of the net and rolled to the side, but Brandon Pirri couldn’t poke the puck in before he was checked.

That miss proved costly. Seconds later, Petteri Lindbohm fired a shot from the top of the left faceoff circle through traffic that beat Kuemper over the glove at 5:27, giving the Finns their second lead of the game.

But Canada pressed and drew a power play of their own. And they converted. Brown got the puck to the goal where Comtois put the puck between his legs and Henrique poked the rebound in at 12:37, tying the game, 2-2. The rest of the period felt like overtime, but neither team could score before 60 minutes. That set the stage for Nick Paul’s heroics.