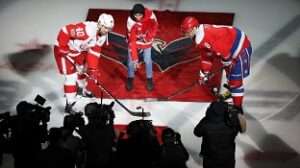 The visit is part of a special delegation to the United States and Canada that will see the team also visit the Chicago Blackhawks in Chicago and the Ottawa Senators in Ottawa, Canada.

During the 2016-17 season, the Capitals relationship with the team developed when Capitals alumnus Peter Bondra met team member Al Ali while in Abu Dhabi hosting a youth hockey clinic. After noticing her stickhandling, the Capitals and Etihad Airways surprised Al Ali with an invitation to Washington.

In addition to other activities throughout the week, the team will also spend time sightseeing, participate in a scrimmage with the Washington Pride of the Junior Women’s Hockey League and visit the United Arab Emirates Embassy.

The team’s visit coincides with Hockey is for Everyone Month (HIFE). HIFE is the official youth development program of the National Hockey League (NHL) and a component of The Biggest Assist Happens off the Ice™, the NHL’s social responsibility program that builds on the League’s long-standing tradition of addressing important social issues in North America and around the world.

As the exclusive airline partner of the Washington Capitals, Washington Wizards, Washington Mystics and Capital One Arena, Etihad Airways works collaboratively with MSE on several community initiatives to promote and celebrate the international nature of sport in Washington, D.C., Abu Dhabi and throughout the world.