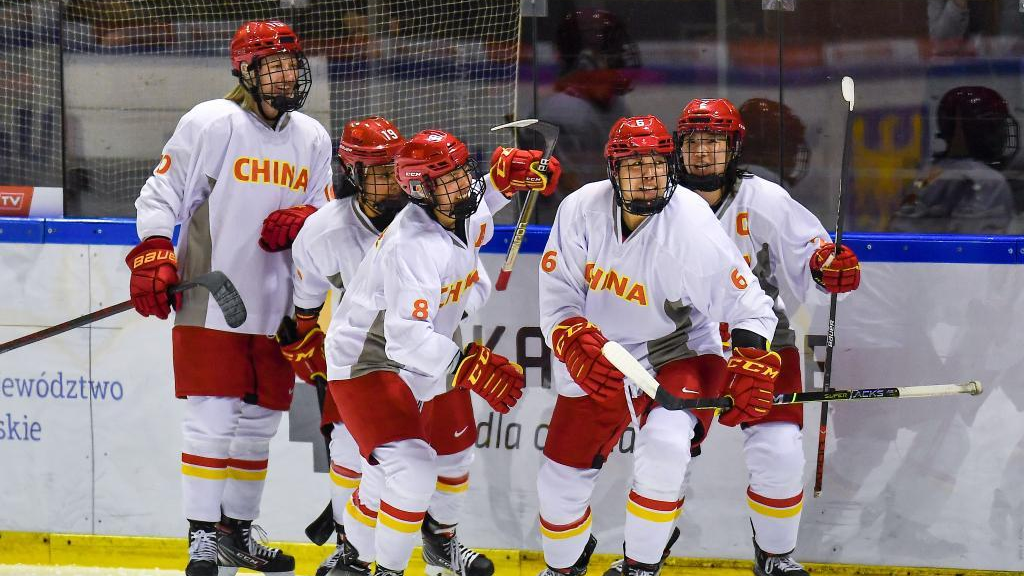 Players of China celebrate scoring during the match against Poland at the 2022 IIHF Ice Hockey Women’s World Championship Division I Group B in Katowice, Poland, April 14, 2022.

Team China finished first in Group B of the 2022 Ice Hockey Women’s World Championship after beating hosts Team Poland 7-2 on Thursday, securing a spot in Group A of Division 1.

Both teams had clinched four straight wins before the encounter, as the Chinese squad delivered strong performances against Team South Korea, Team Italy, Team Slovenia and Team Kazakhstan throughout the tournament.

China’s Lin Qiqi scored just one minute into the game, and soon doubled the lead with a pass from captain Yu Baiwei.

Poland’s Klaudia Chrapek scored two goals after the break, but the team couldn’t reverse the match.

Ten minutes before the game ended, veteran Yu fired in a shot to seal the deal for China at 7-2, as China returned to Group A of Division 1 for the first time in 11 years.