Coaching under the threat of COVID in Hong Kong 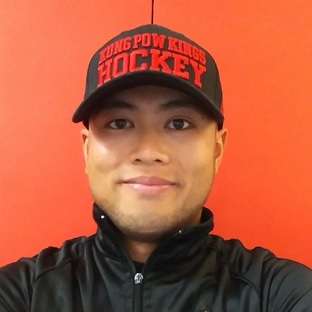 Ken Yee was gracious enough to write to us about his experiences as a hockey coach in Hong Kong and dealing with the coronavirus.

For over the past two years, I’ve been fortunate enough to earn a living as an ice hockey coach in my birthplace of Hong Kong. Like most Canadian kids, I grew up loving the game and played since childhood. But after spending virtually all my life in Toronto, I decided to take the leap and make the move while vacationing here in 2016. During that time, I met a good friend who is a former NCAA goaltender and hockey coach and he invited me to coach on ice. I was instantly hooked after the first my practice. There is just something special about hockey here for me that I can’t fully put into words. Hockey, the city, and finally the general experiences I had here were the catalysts to take the gamble and uproot my entire life. About a year after my visit, I quit my job, sold my car and rented out my apartment. I flew here on a one-way ticket from Toronto with my two cats, two large suitcases, two CCM twigs and a hockey bag. It was everything I had left as I embarked on my journey towards a new career and I’ve yet to regret a single moment of my new life in one of the most exciting cities in the world.

Most coaches are in this line of work because we have a passion for hockey. I absolutely love my job, but I’ll admit it’s not necessarily all fun and games. There is a bit of effort involved in coaching that parents and players may not be able to see. From the cerebral labour of practice planning, to the interpersonal and communicative work of dealing with real people -our players, and of course the physical toll it can take on our bodies, coaching can be a bit of a grind. Aside from this, there is also a certain precariousness looming over our livelihoods, for example, suffering an injury (or perhaps even a global pandemic). 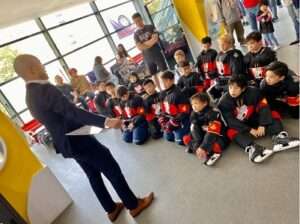 Now, most coaches in Hong Kong, including me, are not salaried workers. If we don’t work, we don’t get paid. Many of the coaches I know are employed at multiple hockey schools and may supplement their income with other work, such as a colleague who also works as a professional photographer. My income is derived from a whole host of coaching gigs I hold simultaneously, including on-ice coach for a hockey school, coach of a Hong Kong Women’s Ice Hockey League (HKWIHL) team, teaching inline skating at schools and finally running private training sessions. These different positions and gigs allow me to make the “okayest” of livings in one of the world’s most expensive cities. 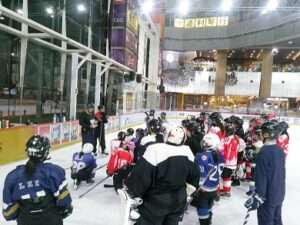 Students take in every world that coaches are telling them

But just after January 2020 kicked, things started to take a downturn for me professionally. Due to the rising number of infections in the city, the Hong Kong Education Bureau suspended all schools and it is still in effect today indefinitely. The inline skating classes I taught at an international school have been wiped out for the entire school year. Next to be suspended was the HKWIHL season. It is the only women’s league in the city, allowing the HK Women’s National Ice Hockey Team to compete internationally. I miss my girls and we have a great squad whom I believe can take home a championship this year. I’m just hoping these girls will get the chance to compete and prove me right. Then in March, the government imposed a complete shut down of all sports and leisure facilities. This included places such as public parks and of course, ice rinks. I haven’t been on a pair of skates to coach or to play in since. The only thing that is keeping me from a complete lack of income are the private sessions I have, either in one-on-one or small group settings of four people or less. 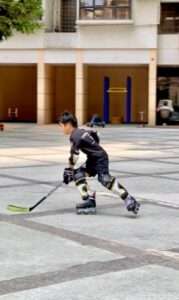 Dealing with financial stress coupled with isolation and boredom has not been fun, but I am certain there are others out there dealing with the same -if not worse. Coaches working in all levels of hockey all around the world are going through similar experiences. Though indeed the past four months has been quite tough, I try to remind myself that no matter how long this pandemic may last, it is only temporary. Personally, I’m cautiously optimistic that life will return to normal here soon in Hong Kong. The good news is that there have been no new cases of location infection for the past couple of weeks in the city, offering a glimpse of light in all this. Sequestered in one of the epicenters of the SARS virus in 2003, Hong Kongers are more experienced in dealing with a pandemic and have arguably been more prepared than most during the current crisis. Nevertheless though, we are dealing with this pandemic on a global scale this time and we all need to do our parts in stopping the spread of this virus.

Hope to see everyone back on the ice soon and masks on people! 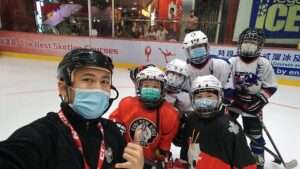 Kids wearing Facemasks on the ice due to COVID-19 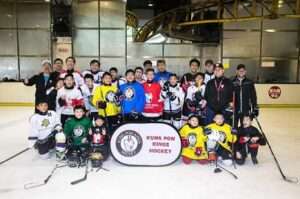