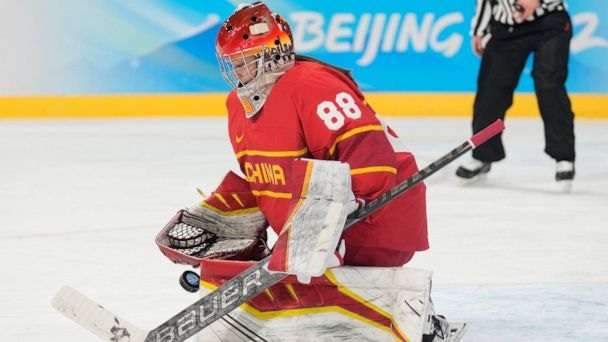 Michaela Pejzlova scored on a breakaway with 13:33 left in the third period, and the Czech Republic capped its women’s hockey Olympic debut with a 3-1 win over host China.

China was outshot 36-14 in its first Olympic appearance since finishing seventh of eight teams in 2010. Mi Le scored and Canadian-born goalie Tiya Chen stopped 33 shots for a Chinese national team made up of mostly members of the Russian-based Women’s Hockey League’s Vanke Rays.

With the Czech Republic up 2-1, Pejzlova secured the win by beating Chen through the legs after being set up by a blue-line-to-blue-line pass from Pavlina Horalkova.

Fans — each with a blue-colored Olympic flag to wave — were seated socially distanced in two corners of the lower level of Wukesong Sports Centre. There were also about two dozen male and female cheerleaders who lined the rail above the first level. The cheerleaders wore dark blue jerseys with “Ice Hockey” printed on them, and performed a dance to techno music before the start of each game and during the intermissions.