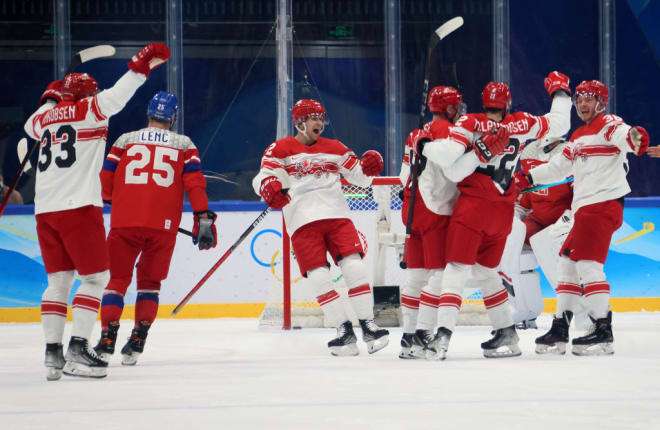 In the final action of Day 5 at Beijing 2022, Denmark hold on to defeat the Czechia 2-1 to win their first ever men’s Olympic ice hockey game.

Goals from Markus Lauridsen and Frans Nielsen in the opening period set the foundations for the Danes’ win, and despite a goal from Roman Cervenka (CZE) in the second period – not to mention the Czechs peppering the Danish goal with 40 shots to Denmark’s 17 – Denmark are able to hold on for a famous victory over the two-time Olympic medalists.