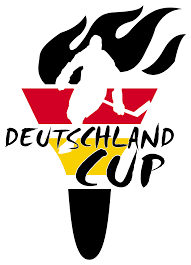 For the first time in 33 years, the German Cup of ice hockey will only take place with three teams next week.

Due to some cancellations due to the coronavirus pandemic, the German Ice Hockey Federation is sending out of necessity not only the national team but also the Olympic prospect team with young talents to the traditional tournament from November 5 to 8 in Krefeld. The third participant is Latvia. Previously, Russia, Slovakia, Switzerland and Norway, among others, had canceled.

“I am incredibly happy that this is happening again now,” said national coach Toni Söderholm. Due to the corona situation, the German Cup was on the brink until the end. Söderholm and DEB wanted to play again after a long break in Germany for sporting and advertising reasons.

The DEB goes to great lengths to achieve this. The three teams will be isolated before and during the tournament. The DEB also accepts an economic loss due to the non-admission of viewers. “Of course, it hurts us not to have an audience; We can’t make up for that either, ”said Mario Hilble, Head of Events and Marketing at DEB. “Sporting and political damage would be greater.” Since 2008, the DEB home tournament has actually been played with four nations. It was not until the first edition in 1987 in Stuttgart that three teams took part.

Unlike last year, there will be a game every day next week from Thursday to Sunday in everyone versus everyone mode. The final will take place on Sunday (2:30 p.m.). All matches are broadcast by MagentaSport. The matches of the German A team will also be broadcast by Sport1 on free television. The German perspective team is coached by U20 coach Tobias Abstreiter.

At Korbinian Holzer there is also a professional who was employed in the NHL in the German A team. Following the end of his contract with the Nashville Predators, the 32-year-old defenseman is looking for a new team in North America and is currently in good form with second division club Tölzer Löwen. Other NHL players, who are not expected to leave until early 2021, are not in the lineup. “It has to do with insurance,” Söderholm said.

The Finn was last in charge of the national team in the Deutschland Cup 2019. The season in the German ice hockey league was later canceled due to the pandemic and the world championship in Switzerland was canceled. canceled. It’s still unclear if the LED can even start a season this year.