Division I countries test for April 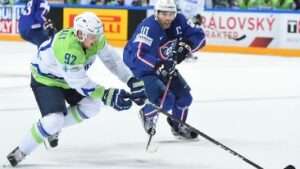 Most of the teams that will compete in the 2020 IIHF Ice Hockey World Championship Division I Group A took part in the November international break to test their players and systems.

Belarus and Norway back on top

In the Baltic coastal town of Liepaja, Latvia hosted a four-team tournament with games against Belarus, France and Slovenia.

In what became a fiercely competitive contest, Belarus occupied last place ahead of the final round of games. Having earlier defeated France 4-2 and then lost to Slovenia, Belarus still had a chance to climb up to top spot by beating the hosts in the final game of the tournament.

Mikhail Stefanovich led the way with scoring a hat trick against as Belarus surged three goals up. Despite Latvia replying thanks to Miks Indrasis and 20-year-old Sandis Smons, Belarus held out for a fine win 3-2.

Meanwhile in the outskirts of Norway’s capital Oslo, the hosts took on Austria and Denmark. Norway finished top of the standings with 11 out of 24 players on their roster played for a domestic club.

Emphatically outshooting Austria 31-12, Norway came back from a goal down to win 3-1. In their Nordic encounter against Denmark, all six goals in the game were scored in the middle frame as Norway prevailed 4-2 in front of 1,908 onlookers in Lorenskog.

Despite opening with a defeat, Hungary sneaked past Italy on the final day to finish top in Poland´s Gdansk.

Csanad Erdely had put Hungary 3-1 up in the final frame against Italy, before the top-seeds got into gear as the Magyars lost in overtime to a Marko Insam goal.

But Jarmo Tolvanen’s Hungary bounced straight back in their next game to beat Japan 3-2 before silencing the home crowd in Gdansk as Poland was blanked 2-0 in their final game. Hungary could celebrate top spot after Japan outpaced a lacklustre Italy 4-1 for the morale-boosting victory for Hungary’s youthful roster. 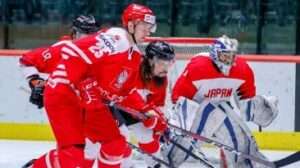 Poland, which will host the Division IB in Katowice in less than half a year, finished in third place by beating Division IB rival Japan 3-2.

In Estonia’s capital Tallinn, Latvia B beat Ukraine 3-2 in the final to win the Baltic Challenge Cup. Estonia, Kazakhstan U20, Latvia B, Lithuania, Romania and Ukraine took part.

Latvia B, with a roster solely made up of players from their domestic championship, had first beaten Kazakhstan 5-2 and Romania 5-3 to win a place in the final against Ukraine. In the match for top spot, Maris Dilevka scored a brace for Latvia B and also had an assist for Karlis Ozolins´ goal.