Today we will tell you about an interesting women’s team from the country of tulips, bicycles and, of course, cupcakes with a specific filling.

The new season, which will begin after the coronavirus epidemic, will be the third in the history of this team. The club was founded before the season 2018 \ 2019 by the head coach of the team Stefan Collard. Almost all hockey players playing on this team have extensive experience playing on men’s teams. Some combine the game on Lady Lions and on teams with men.

We talked with three local hockey players who, one might say, are legendary in some respects. The interview was agreed by 25-year-old forward Zoe Barbier, 21-year-old defender Fleur Verhaar, veteran of the Dutch women’s hockey team, Lieke Boelhouwers as well as team coach Stefan Collard

Zoe kindly agreed to give an interview, and also addressed our subscribers with wishes.

“At 8 years old before hockey, I practiced judo. To be honest, I did not enjoy this sport, it was very boring. Mom advised me to choose another sport and I went to three free hockey classes in Dordrecht. From the first minutes I fell in love with hockey and decided to practice it.

At 10, my parents and I moved to Delft to another club called Zoetermeer Panters, where my whole childhood career passed. Here I just played with the boys (now men) and still play. When you play in a men’s team, you become stronger and faster. It helps a lot.

I’m 25% Indonesian, my grandmother is from there. But I consider myself more Dutch than Indonesian. ” 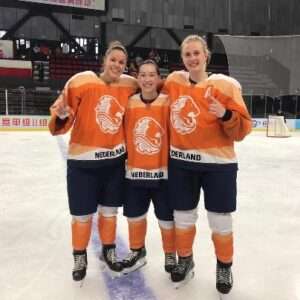 About the Swedish stage of your life?

“At 16, I went to Sweden to play with SDE club (Sweden’s strongest women’s league club). My friend played there and after graduating from school I wrote to her that I wanted to try my hand there. I arrived there for the training camp and they took me on the team. There I played for 2 seasons.

Naturally, the difference between women’s hockey in these two countries is enormous. In Sweden there are no joint training for boys and girls. On “Lady Lions” we do not train, so we play with guys. Girls play with men and boys in the leagues, starting from the second and ending with completely children’s teams. In Sweden, we trained four days a week and then we have two games in a row on the weekend. This is an unrealistic difference, but we are trying to raise the level of our hockey as much as we can. ” 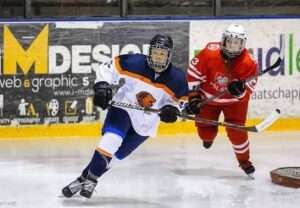 Zoe Barbier in action against Poland

About the women’s championship of the Netherlands?

“Our women’s championship consists of 6 teams – Tillburg Trappers, East Side Devils, UNIS Flyers Dames, GIJS Racoons, Smoke Eaters and our team. 6 clubs – 6 cities. We have no playoff games, only a two-circle system. For a victory you get 2 points and for a draw – 1 point. There is no overtime in the championship, nor a series of shootouts.

Not so many people go to the women’s league games. The average amount of people is 50. But this is normal given the fact that hockey in the Netherlands is not popular.

We won our first championship and had every chance to take the second one, but in connection with the coronavirus the tournament had to be canceled. We are waiting for the start of a new season. In the Netherlands, shops, schools, and fitness rooms are now closed. But we still have coffee shops with “branded” muffins. It’s funny to watch a queue in a coffee shop where people keep their distance. The line stretches for 100 meters, it’s fun to watch. As for the use of marijuana by hockey players, I do not think that athletes use it. It’s clear that this is legal with us, but I can’t say that every resident of the country is indulging in this. ”

“My debut for the national team took place at the 2010 World Championships in Australia. At that time I was 15 years old. The situation turned out to be funny – in general, this championship was supposed to begin in April, when I was about to turn 16 years old. According to the rules, players under 16 cannot be declared. But since the championship was postponed from April to February, two days before my birthday (February 11), they made an exception and I was allowed to play. But on that team there was one hockey player who was 1.5 months younger than me. She was also allowed to play at that World Championships. Three weeks before the start of this year World Championships, the coach said that he was taking me to the national team, I was very happy.

We are allowed to go out on the condition that there will be a distance of one and a half meters between people. There is no panic as such, not all borders are closed. We go out only as needed. “ 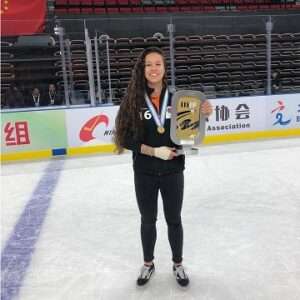 “I started playing very late. I was almost 18 years old when I joined the Dordrecht Lions men’s team in Beer league. This league is amateur, it is for those who want to learn how to play. Our team has several girls who play there. And so I went. Before coming to Beer league, I just skated every winter and sometimes just played hockey for myself, but when I found out that it was possible to start playing hockey in the Netherlands, I decided to try it. On this team I learned the basics of hockey. Before that, I had not heard about the women’s team. And when it began to be created, I decided to go there too. I was glad to get there. From the first seasons, the women’s team set itself the highest goals and achieved them. I’ve been on the women’s team from the very beginning and now it will be my third season both on this team and in hockey in general ” 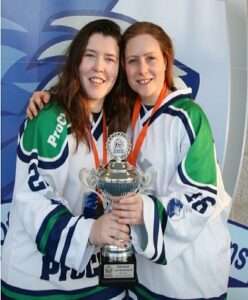 Fleur Verhaar with the champion cup

“I started skating in the early 80s, since I started walking. I watched the training of my two older brothers and was delighted with the process itself. I told my mother, “I also want to skate,” and she began to teach me how to skate. When I was 3 years old, my parents brought me a pair of skates from Russia and at 4 years old I went to hockey classes.

It so happened that already in 1989 I started training with the national team. And at that time I was only 12 years old. At 14 I already made my debut in the tournaments for the Netherlands – it was the European Championship in Denmark in 1991. From that moment I played at absolutely all world championships until 2013.

“First of all, the difference in speed. Every year, hockey players became more and more faster. The second is, of course, the  technique. Modern hockey players are much more technical than hockey players of that time. Every year, IIHF organizes hold training camps where we train our skills. Third – the number of hockey players. In those days, there were very few girls playing hockey. “Other people said to me that girls shouldn’t play ice hockey. When I was a teenager everyone else including my teammates from the men’s team told me that I should play ice hockey and I needed to ice skate.”

“ I think the 2008 World Championships in Finland is my best tournament. I was really ready for this tournament physically and mentally. And even if the team played did not play in the best way (one victory over the Australians and four defeats.) At that time I was at my peak ” 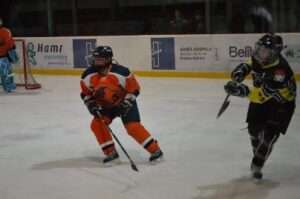 The founder of the Dordrecht Lady Lions team and its head coach Stefan Collard has extensive hockey experience. Stefan gave Netherlands hockey 20 years of his life, playing for teams from his native Utrecht, as well as taking part in junior and youth world championships in the 90s. In 2015, Stefan became the head coach of the Dordrecht men’s team, and three years later decided to create a women’s team.

“I devoted myself to playing hockey from the age of 3  to 41 years old. Now I play only for myself. I also played inline hockey at the highest level. The whole family plays hockey – three brothers and two children (the daughter of Stefan Kimberly Collard plays on “Lady Lions”) I also coached the
Netherlands U14 team for 8 years ” 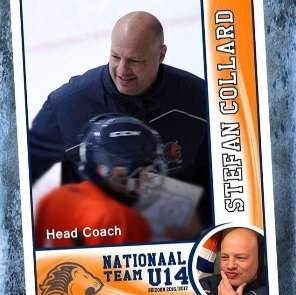 Stefan collard give 20 years of his life to Dutch Hockey

Why did you create a women’s team?

“I decided to create a women’s team at a time when I coached the men’s Dordrecht. I did this so that the girls from the city together with the girls and women would study together and get more experience. I managed to conceive, because five of our young hockey players were called up to the junior team “

Interest in hockey in the Netherlands?

“Hockey is far from a popular sport in the country. There are two or three teams that get full areans. 20 years ago we had a lot more teams in our country than now. ”

Who is the best team in women’s hockey?

Heerenveen is strong. But our team in the first season became the champion. In the second season for ourselves, we also had every chance of winning, but the tournament had to be canceled due to coronavirus. In general, in two years we lost only one game, and that was only because we played nine players plus one goalkeeper. Without the coaching staff, without players from the national team. ” 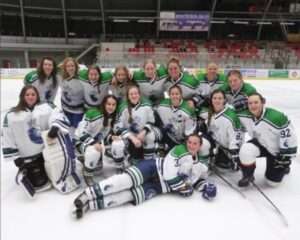