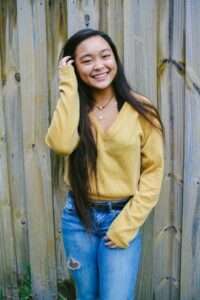 Rosalyn de Castro is the youngest player on the team

A teen from Rockaway Beach, Queens, is now the starting goalie for the Philippines Women’s National Ice Hockey team, which is working toward competing in the Winter Olympics 2022 and 2026.

Rosalyn de Castro, 15, is the first Filipino American and imported player to be on the team. She brought home the gold with her team last May from the Hong Kong Hockey 5s tourney, and was named Most Valuable Player of the tournament. She is the youngest member of her team with everyone being at least at least four years older.

“It is a huge undertaking and an honor to be a Filipino American representing the Philippines and New York,” said Rosalyn in an email interview with The FilAm. “Fortunately, I have an extremely supportive team that has welcomed me with open arms, which has helped me adjust really well.”

A sophomore at Bridgeway Academy in Pennsylvania, Rosalyn is in the online school’s Elite Athlete program.

As a young girl, Rosalyn has shown how competitive she could be at hockey and that this talented player can accomplish more given the right training and environment. Five years ago, she led her hockey team to the championship of the Hudson Valley Hockey League. She was the captain — and goalie — of the all-boys NYC Skyliners. 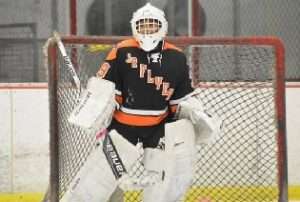 The NYC Skyliners’ goalie is a girl!

In an essay she wrote when she was 10, Rosalyn expressed how she would like to be a professional athlete and hoped to be in the Olympics one day.

“Right now, I am the only girl on my hockey team, and I am a goalie,” she wrote. “I am at the rink almost every day working hard to get better — sometimes rising even as early as 5:30 in the morning. I am usually one of the only Filipino or Asian who plays hockey, and I’m a girl…It’s funny because when I am playing a game, no one on the other team notices. But after we change and they see me carrying my gear, I usually hear the other boys say, ‘Dad, Dad… Their goalie is a girl!!!’ It just makes me giggle but proud that I can do it.”

On March 1, 2018, Rosalyn will move to the Philippines to fulfill the residency requirements of the International Ice Hockey Federation (IIHF) and Team Pilipinas. She will stay there for two years.

“I went to the Philippines in May of 2017 to train with the national team. I came back to the U.S. soon after to continue training,” she said.

Members of the Philippine Women’s Hockey team in Hong Kong

In 2016, Team Pilipinas was recognized by the IIHF, the governing body for Olympic Hockey, and is on track to participate in the Olympics of 2022 and 2026.

As Rosalyn begins her official training with the team in March, her presence becomes a historical milestone for the team. As a visible women’s goalie, her participation calls attention to the sport of hockey in the Philippines and how it has come a long way from recreational to competitive sport.

“Rosalyn is determined to do well,” said her mother, Janice, a pastry chef who runs her own bake shop called Jae NYC Eats in Chinatown.

Rosalyn is excited to return to Manila to continue with her training and to rekindle the friendships she’s made with Filipino kids.

“I’ve been able to make many friends from both the men’s and women’s national teams, along with their families,” she said.

For more on her story, please go to: https://www.gofundme.com/RosTeamPilipinas