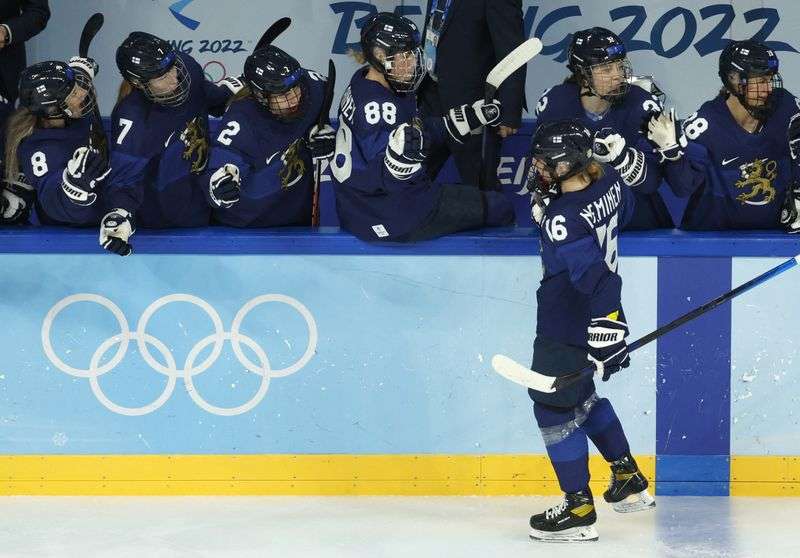 Finland rolled into the women’s ice hockey semi-final round in Beijing on Saturday, with a hat-trick from assistant captain Petra Nieminen helping them crush Japan 7-1.

Nieminen drew first blood, converting on a power play chance early in the first period, and Viivi Vainikka added to the lead minutes later, setting up a Monday rematch of their Pyeongchang semi with defending champions the United States.

“There was a moment that Japan was getting closer but thanks to the players, they turned it to our team and they played really well,” head coach Juuso Toivola told reporters after the game at Wukesong Sports Centre.

Japan got on the board with five minutes left in the first period, as Akane Shiga sent the puck between the legs of the Finnish goalie to cut the lead.

But the three-time bronze medallists refused to cede momentum, offering a furious rebuke in the second with assistant captain Michelle Karvinen scoring off the rebound and Nieminen sending another one in shortly after.

Nieminen, who helped Finland to the podium four years ago, needed only 18 seconds in the third frame to complete her trifecta, and returning Olympians Susanna Tapani and Sanni Hakala also added goals in the third.

The evening was a return to form for the Finnish, perennial contenders who nonetheless lost their first three preliminary games in Beijing – including a 5-2 defeat by the U.S. in their opener.

“It will be a big challenge for us. Obviously Team USA has done a really good tournament so far and we need to be really good in our zone, and when we get the puck we need to make right decisions on the ice,” captain Jenni Hiirikoski said of Monday’s semi-final.