By United News of India

Germany were surprise ice hockey silver medallists  at the 2018 Pyeongchang Olympics but last reached the semifinals at a world championships in 2010 , finishing no better then sixth since then.

Soderholm to the Sportbuzzer portal in an Interview publish on last Monday “It is important that the lads understand that everything is possible. they should always aim for top four placings.” With this year’s world championships cancelled due to the coronavirus pandemic, Soderholm’s next big events with the team are the 2021 world championships and 2022 Olympic Games.

Germany’s star player is forward Leon Draisaitl of the Edmonton Oilers, Soderholm naminghim “our best offensive player and among the top three offensive players in the world.” 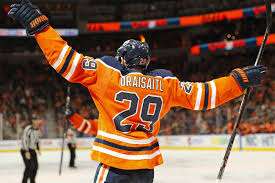