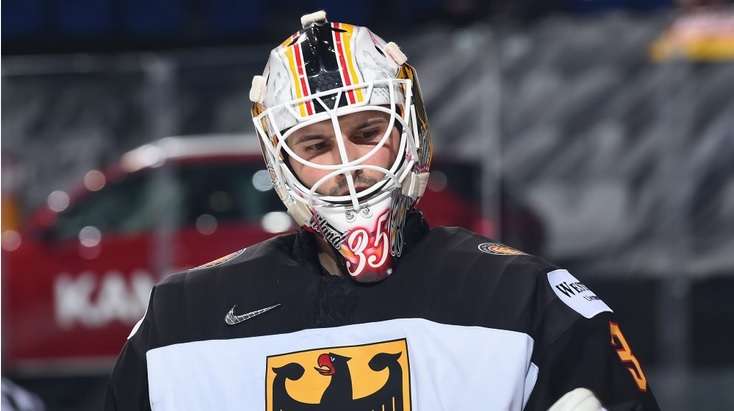 Although much of the German program has seen a dip in recent years before recovering more recently, the senior men’s national team was resurrected under coach Marco Sturm and is getting further impetus from Toni Soderholm. It has qualified for the playoffs in three of the last four years and finished 6th in 2019, the best placing in a decade.

The Germans will have the two goalies who took them to a spot in the quarter-finals two years ago – starter Mathias Niederberger and backup Niklas Treutle. The third goalie will be 30-year-old Felix Bruckmann, who last played for Germany at the 2008 U18. Niederberger was an excellent 3-0-1 in 2019 and also played once in the 2018 Worlds as well, a year when positions were flipped and Treutle was the number-one man. Treutle also played at the 2011 World Juniors.

There is a good blend of experience and youth on the German blue line this year. At the top end, Moritz Muller at 34 is the senior man, playing in his 9th World Championship. He also helped the country win an historic silver medal at the 2018 Olympics. Korbinian Holzer, 33, played in the KHL last year and is in his 6th WM, and is the only player from the 2010 Olympics on the team.

Jonas Muller also has plenty of time with the national team and is the only player to have appeared in all four levels of IIHF play since 2013—U18, U20, WM, and OG. His Olympics was also in 2018, winning silver. Moritz Seider is 20 and one of the bright stars of the future for the Germans. He played at the U18 two years ago and the World Juniors a year later. Marco Nowak was a teammate with Bruckmann at the 2008 U18, and Fabio Wagner has plenty of junior experience but will making his senior debut, as will Leon Gawanke, who played for the Manitoba Moose this past season, and Dominik Bittner (Grizzlys Wolfsburg).

Long-time NHLer Tobias Rieder brings instant respect to the team and will be a leader in Riga. He is the only member of the 2016 World Cup of Hockey team here (Team Europe) and is in his 5th World Championship. The only other player with NHL experience is 21-year-old Lean Bergmann, who has been playing in the San Jose Sharks system for the last two years. He played at the 2019 Worlds, as did Adler Mannheim’s Stefan Loibl.

Matthias Plachta is in his 6th World Championship and is a teammate of Loibl in Mannheim. Plachta also played on that 2018 Olympic team. Two other Adler Mannheim forward are here as well: Nicolas Krammer, making his third WM appearance, and the veteran Markus Eisenschmid, who has played in two U18s, two World Juniors, and two senior Worlds.

Eisbaren Berlin is also contributing three important forwards. Lukas Reichel is only 19 and played at the 2020 World Juniors. He should bring some speed and offence to the group. The 27-year-old Leonhard Pfoderl played at both the 2018 Olympics and 2019 Worlds. And, Marcel Noebels, 29, is in his 6th WM.

Tom Kuhnhackl, the son of legendary Erich, last played at the 2011 U20 and has been in the AHL with Bridgeport the last three seasons since being acquired by the New York Islanders. He was a Stanley Cup champion with Pittsburgh in 2016 and 2017.

Maximilian Kastner will be making his debut with Germany, and John Peterka, 19, is another young gun to watch out for. Drafted 34th by Buffalo in 2020, Peterka is the only member of the team who played at the recent World Juniors in Edmonton where Germany finished 6th after a narrow 2-1 loss to Russia in the quarter-finals. Peterka and Tim Stutzle led the team in scoring with 10 points each this past January.

Other forwards include Frederik Tiffels, in his fourth straight WM, and another player who has waited patiently to represent his country again, Daniel Fischbuch. He last played at the U18 in 2011. As well, Andreas Eder has a good deal of junior experience but will be making his senior debut with Germany.

After a distinguished playing career in his native Finland, mostly with HIFK, Toni Soderholm turned to coaching, in Germany. He has been with the national team since 2019’s World Championship, where the team finished a very respectable 6th thanks to a 5-0-2 record in the preliminary round that year. That included a huge 4-2 win over Finland on the last day of the round robin.

Soderholm has plenty of talent but also has high expectations, and spots are getting tougher and tougher to come by in the quarter-finals. Germany will be looking for wins over Italy, Norway, Kazakhstan, and Latvia and hoping for a strong showing against Canada, Finland, and the U.S. in the hopes of accumulating enough points to make the final eight.