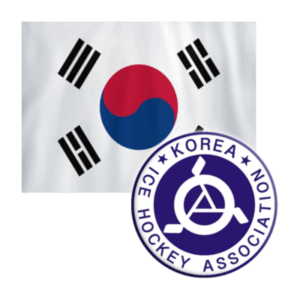 Two goals from Hyukjin Lee helped Korea U20 to victory over Spain in Logrono and sent his country back up to Division IIA one year after relegation.

But it took a breathless finale featuring five goals in barely six minutes, plus a passage of 6-on-3 play as Spain threw everything at the Koreans, before the hooter sounded on a 5-3 win for head coach Hyung Jun Cho and his team.

For the host, though, the defeat means another year of frustration in second place, just as Spain endured 12 months ago, when Romania won this section.

The Spanish came into this winner-takes-all showdown against Korea with a one-point advantage after the two teams dominated the competition. Spain picked up crushing victories over Australia (15-2) and Mexico (10-0) to enjoy a goal difference of +28 from four games, while the Koreans also ran riot against the team from Latin America, winning 12-0 on its way to a +18 record. The only blemish for either team came in Korea’s first game, when it needed a shootout to edge past Serbia after a 2-2 tie.

Despite those free-scoring performances, though, it took some time for this game to ignite. The first big opportunity came midway through the first period when Spain’s Ignacio Granell was denied by a great last-ditch challenge from Yun Ho Kim as he shaped to shoot. Granell did better in the 16th minute, opening the scoring with a wicked shot from the face-off spot, even as he tumbled under the attentions of a Korean D-man.

That sparked the visitor into life and the remaining minutes of the period were dominated by Korea. Hyukjin Lee forced the equalizer with 1:45 left to play, exchanging passes with Je Hui Lee behind the net and squeezing the puck home from a tight angle.

The middle stanza saw both teams get a chance to show off their power play, with Korea’s Heedoo Nam and Spain’s Bruno Baldris seeking to orchestrate the offence and capitalize on the numerical advantage. Baldris had the better of that duel, despite Korea enjoying 61 seconds of 5-on-3 play, but the only goal of the period came in the 39th minute. A Spanish attack broke down, Korea countered quickly and Byung Gun Kim wrestled control of the puck behind Lucas Serna’s net. His attempt pass to the slot was deflected, and Ki Suk Lee responded quickest to step up from the point and fire his team ahead.

In the final stanza, with Spain desperate to come back into the game, the host made a lively start and was up 7-2 on shots after five minutes. But Hyounseop Shim in the Korean net was equal to the task and the play steadily became more open as Korea found space on the counter attack. Serna made a big save to deny Byung Gun Kim in front of the net, Spain failed in a one-on-one breakout. Then Korea’s pair of Lees combined once again. Je Hui took the puck into the Spanish zone and set up Hyukjin for a wrist shot from between the hash marks to open a two-goal lead with barely six minutes left.

That was the prelude to some crazy scenes. Two Korean penalties in the space of 13 seconds encouraged Spain to gamble, withdrawing Serna to play 6-on-3. Granell thought he’d got one back when his shot bounced goalwards off a Korean arm; the officials ruled otherwise. Then Granell did get his second of the night after Alfonso Garcia touched Oriol Rubio’s shot into his path.

Spanish joy lasted just seven seconds. Still shorthanded, Korea won the face off and Byung Gun Kim skated through to surprise Serna with a shot over the glove. Korea believed it was safe, but only for 16 seconds when Juan Monge forced home the rebound after Garcia’s shot crashed back off the boards and into the danger zone. Serna headed to the bench once again, but this time Spain coughed up possession and Je Hui Lee added an empty net goal to his two assists.

Spain missed out on gold, but did achieve some individual successes. Rubio’s assist gave him 11 points for the competition, sharing the top scorer honours with Bruno Baldris and Serbia’s Mirko Djumic. Baldris and Rubio were selected as the best defenseman and forward respectively, while the top goalie was Serbia’s Jug Mitic. Granell’s double made him joint leading goalscorer alongside Serbia’s Luka Vukicevic, with six apiece. Baldris finished with 10 assists, way out in front on that chart. For Korea, Heedoo Nam led the scoring with 1+7=8 points, while Hyukjin Lee was the team’s leading goalscorer with five.

Outside of the race for gold, Serbia completed the top three with 10 points from five games. The Serbian first line of Djumic (3+8), Vukicevic (6+3) and Lazar Lestaric (5+4) ensured the Balkan country was well-represented among the competition’s leading scorers. Belgium took fourth place, and Mexico escaped relegation back to Division III with a nerve-jangling 6-5 overtime win over Australia. The Australians, without a victory all week, finished last and face the drop.