Ice Hockey Classic will be key to NZ’s development 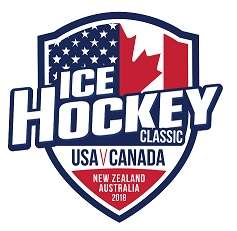 Back in April I spent a few days with Ice Hockey Classic organizer Kerry Goulet while he was in New Zealand to meet with local hockey communities and explain in-depth what it takes to bring an event like this to our shores.

The big takeaway I got from those information evenings in Auckland and Wellington was Goulet’s desire to create a legacy component with this tour. In other words, he wants to help push the development of New Zealand ice hockey.

“I see a tremendous opportunity not only to highlight the great league already present here but to have new people come out and fall in love with fastest game on the planet,” states Kerry Goulet, co-founder of the Ice Hockey Classic and Global Director of StopConcussions Foundation. And he’s putting his money where his mouth is, so to speak, as a percentage of ticket sales go back to growing the game here with the use of promo codes ‘IHCAdmirals’ or ‘IHCSwarm’ upon purchase.

The country’s growth in the sport is currently at an interesting position that could be best described as a tipping point. The Ice Blacks are knocking on the door of the next tier in the IIHF’s World Championship program, the Ice Fernz impressed many during March’s training camp in Toronto, and there’s plenty of junior players looking to burst through the ranks both in the men’s and women’s game.

What will help get New Zealand to that next level is exposure, the kind that’s hard to come by in a rugby-dominated landscape for a niche sport that’s trying to break through and achieve the ultimate goal – becoming professional.

An event like the Ice Hockey Classic provides a unique opportunity for some of New Zealand’s best players to showcase themselves to an audience that may have never seen a game of hockey before. They have been given this stage at Spark Arena and Westpac Stadium, more commonly the site of the NZ Breakers or the All Blacks respectively, and now collectively NZ ice hockey needs to put its best foot forward.

Right now an army of volunteers are helping to build the temporary rinks, their efforts to make the grandest of stages for Kiwi ice hockey even possible is best described as monumental. And as they say in the ‘Field of Dreams’, build it and they will come – that’s where you come in. Without the full support of the country’s ice hockey community, there is always the danger that an event of this scale will never come back and it could be seen as a golden opportunity wasted.

Speaking more positively, both NZIHL teams are raring to show Kiwi sports fans what they’re made of. “You don’t want to miss out on an amazing opportunity to see the fastest game on the planet in your backyard, seeing some of the best athletes in the world compete, and also see how competitive and exciting the local league is,” said Botany Swarm head coach Ian Wannamaker.

West Auckland Admirals captain Justin Daigle, originally from Calgary, shares the passion of his opposition, “I’m yet to introduce the sport to a Kiwi who hasn’t fallen in love with it so hopefully this will serve as a catalyst towards new fans and players.”

The last time the Ice Hockey Classic came to the country was back in 2011. Then it was marketed as a game full of physicality – big hits with a few hockey fights thrown in. Many fans were under the impression that they might even see some of the biggest names in the game, a given I guess when it’s ‘Team Canada v Team USA’ and in the previous year we were treated to one hell of an Olympic gold medal game between the two nations.

Goulet admits that lessons have been learnt from then, explicitly describing this tour to be one that features speed and skill.

Come Saturday, Westpac Stadium will play host to an important day in New Zealand’s sporting history – it will be the home of the largest outdoor ice hockey game to be played in the Southern Hemisphere. For the curtain raiser, organisers have partnered up with the New Zealand Ice Hockey Federation to have the national men’s team, the Ice Blacks, take on a NZIHL All-Stars team that will include a few familiar faces making their return to the ice, including former Ice Blacks captain Corey Down.

Being one of only a few players of Maori descent to represent New Zealand in the sport, Down is hopeful that the pace at which the game is played will inspire Maori and Pacific Islander youth to take up the sport. “The fact that we’re playing the premier stadium in Wellington is awesome. I’m excited and I think it’s going to be a great spectacle for everyone,” said Down.

After returning from Spain with a silver medal placing at the recent IIHF World Championships, current Ice Blacks captain Nick Craig is thrilled by the prospect of his team playing an outdoor game for the first time, “This is a once in a lifetime opportunity for us, especially to do so wearing the black jersey. It will be sensational and there’s going to be some strong competition playing against the NZIHL All-Stars team.”

Sadly, Craig broke his ankle in his last outing with the Admirals but here’s hoping he will still be on the bench soaking it all in with his teammates.

With Queenstown already sold out, proving that it really is New Zealand’s own Hockeytown, the NZIHF hopes that Auckland and Wellington will get behind the Ice Hockey Classic as excitedly as their South Island counterparts have.

“This is a great opportunity to showcase our game to old and new fans throughout New Zealand. I want to grow the game in New Zealand and through these types of events we can do that in a big way. It is truly about the kids and this tour will certainly engage our youth,” said former NZIHF President Gunther Birgel.

I couldn’t have said it better myself.