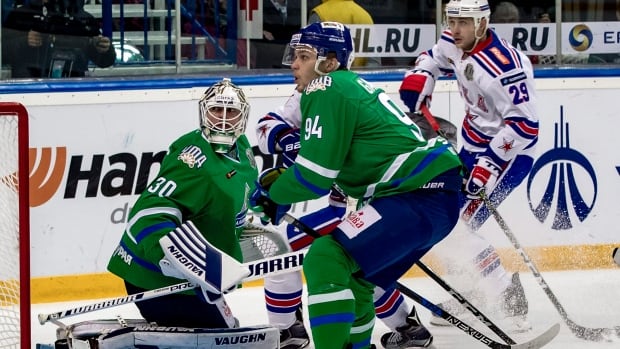 The Kontinental Hockey League is getting closer to preventing its players, including potential members of Team Canada, from playing in the 2018 Winter Olympics in Pyeongchang, South Korea, according to reports.

Russia’s State Duma, the lower house of parliament, is reportedly assisting the KHL in preparing a bill to allow the league to withhold its domestic and foreign-born players from playing at the upcoming Games.

“Should [the KHL] have the right not to let Americans, Canadians and other hockey players [go] to the Olympic Games … the same rights as the NHL?” said Mikhail Degtyarev, head of the Duma’s Sports, Tourism and Youth Committee, according to Russian newspaper Kommersant. “We are simply working on this bill.”

Earlier this month, KHL president Dmitry Chernyshenko referenced the NHL’s absence from Pyeongchang this February after failing to reach a deal with the International Olympic Committee, adding in a statement that “the KHL is ready to respond accordingly.”

Chernyshenko also said the IOC “is destroying the existing world order in sports” by pursuing doping cases against Russians in other sports who are suspected of using banned substances around the time of the 2014 Winter Olympics in Sochi.

If enacted, the KHL ban would be detrimental to many of Canada’s Olympic hockey hopefuls — 16 members of Canada’s 25-man-roster at the recent Karjala Cup in Finland play in the KHL, including goalie Ben Scrivens and forwards Wojtek Wolski and Teddy Purcell.

Countries like Finland and Sweden would be impacted as well, especially given the fact that Helsinki’s Jokerit is a prominent team within the predominantly Russian league.

The efficacy of a KHL ban is still up in limbo, given that Canada and the United States believe their KHL players are eligible for the Olympics, according to TSN’s Bob McKenzie.

Just had a brief chat with IIHF president Rene Fasel, who said IIHF position is clear: KHL is obliged to release any players of any nationality who are asked by their home country federation to play in Olympics. KHL failure to do so would result in IIHF applying sanctions.

“KHL, being a member of the Russian Ice Hockey Federation, has to follow the statutes and bylaws of the IIHF and they have to release foreign players and the national team players from other countries to play in the Olympics,” International Ice Hockey Federation president Rene Fasel told Russian news agency TASS.

The ban would presumably excluded prominent Russian players like Ilya Kovalchuk, Pavel Datsyuk and Andrei Markov from representing their country at the Games. Russia’s participation in the upcoming Olympics is still to be determined by the IOC, which will decide the country’s fate on Dec. 5, according to The Associated Press.

“We hope that the IOC will decide in favor of the Russian team going to Pyeongchang. In ice hockey we do not have really big problems in doping and regarding the McLaren report we do not have any of the men hockey players being in concern,” Fasel says.