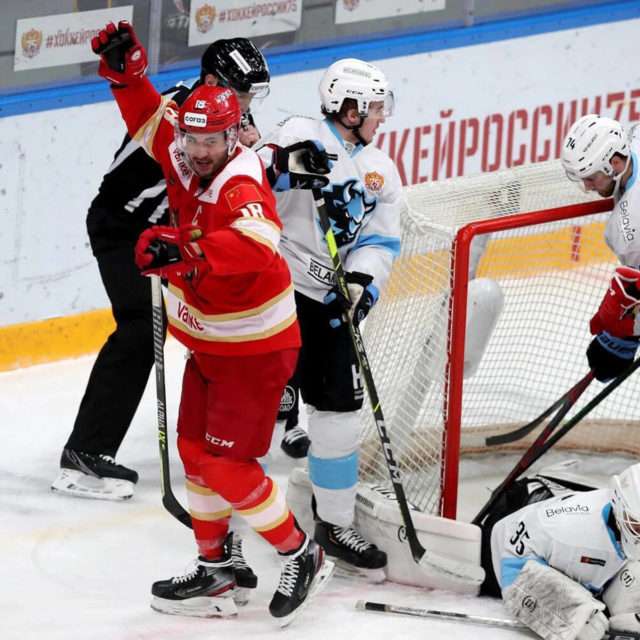 Maple Ridge’s Brandon Yip will be captain of the first Chinese hockey team to take part in the Olympics.

The former NHLer, 36, is the leader of the Kunlun Red Star, which is a proxy for the Chinese national team that competes in Russia’s Kontinental Hockey League.

He’s surely had one of the most interesting hockey journeys in Canadian history.

Yip had an NHL career that spanned from the 2009-2010 season until 2013-2014, and saw him skating for the Colorado Avalanche, Nashville Predators and two games in his last season with the Phoenix Coyotes.

He started climbing the hockey ladder with his hometown Junior B Ridge Meadows Flames, and kept moving up to star with the Junior A Coquitlam Express, NCAA Boston University and then was drafted in the eighth round, 239th overall by the Avalanche. He would play 174 regular season NHL games, putting up 29 goals and 56 points.

When his NHL career ended, Yip jumped to Europe, with a couple of stops in Germany’s DEL.

Since 2017-2018 he has played in Russian’s KHL, mostly with the Kunlun Red Star, which is based in Beijing.

He is Mr. Everything for the team – the captain, the first in the franchise to get 100 points, and the second to play 200 games. The latter milestones he reached in recent months.

His mother Gale said she and husband Wayne went to watch him play in a game in Shanghai in 2017, and it was pretty obvious the people were new to Canada’s national sport of winter.

As Brandon and the opposing team captain lined up at centre ice for a ceremonial opening faceoff, a dignitary was handed the puck to conduct the faceoff and officially start the contest. However, he didn’t know he was supposed to drop the puck.

“He hucked it across the ice,” Gale said with a laugh. “It’s a new sport over there.”

She and her husband are Canadian born, but their son is eligible to represent China under international rules because he has grandparents on both sides who were born in China. She said it was a memorable trip.

The NHL will not allow its players to participate in the Games, which begin on Feb. 4 in Beijing, China, so the tournament teams are rosters of retired NHL players, European professionals, college players and minor pro players.

The Chinese team has been ranked 32nd in the world, and is at the bottom of the KHL standings this season. However, Kunlun coach Ivano Zanatta says the Chinese team will be the equal of teams like Norway and Denmark. Their chances of playing competitive games got a boost with the announcement the NHL would not participate.