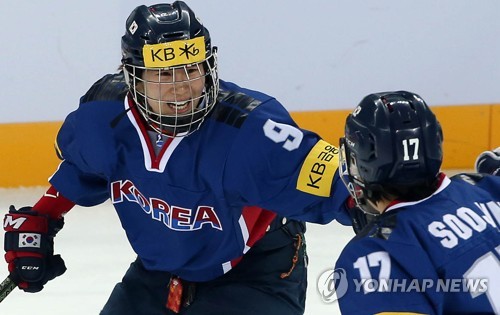 When golfer Jack Nicklaus won the Masters in 1965, the great Bobby Jones said, “He plays a game with which I am not familiar.”

On the South Korean women’s ice hockey team, players say forward Park Jong-ah plays a game with which they are not familiar, such is the level of her skills. And South Korea, ranked 22nd, will need every bit of her scoring touch at the PyeongChang Winter Olympics, where it will face three top-10 nations: No. 5 Sweden, No. 6 Switzerland and No. 9 Japan.

The 21-year-old has been an instrumental figure in South Korea’s improbable transformation from a perennial doormat to an emerging force. No one has scored more momentous goals for South Korea over the past year than Park.

During regulation, Park had scored an equalizer that made it 1-1. South Korea fell just short of a bronze medal in Sapporo, but it was still the country’s best finish at the regional competition.

In April last year, at the International Ice Hockey Federation (IIHF) Women’s World Championship Division II Group A tournament, Park put South Korea on her back and carried the team to the title with a 5-0 record. It earned South Korea a spot in the next level of the IIHF championship, Division I Group B, for 2018.

South Korea scored 21 goals, and Park had her hand on 10 of them, with four goals and six assists. With those 10 points, Park ranked first on her team and second in the tournament.

Last July, South Korea hosted world No. 5 Sweden for two friendly matches. South Korea lost both games, by 3-0 and then by 4-1, and it was none other than Park who netted the team’s lone goal, on a third-period breakaway.

Suffice it to say, South Korea’s offense will only go as far as Park carries it. At 21, Park is far from a seasoned veteran herself, but will likely play alongside a pair of highly-promising teenagers on the team’s top line — a 16-year-old winger Kim Hee-won and a 17-year-old center Grace Lee. 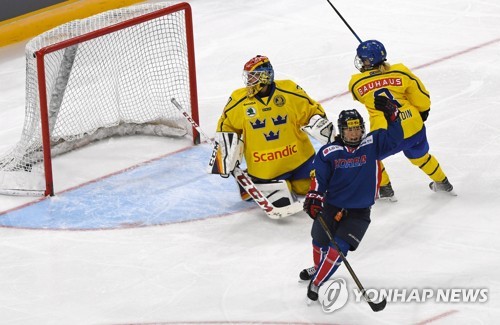 Park will also be a huge crowd favorite during the Olympics. All hockey games will be played in Gangneung, a sub-host city of all ice sports during the Olympics, and Park is a Gangneung native. Whenever she played in the city, be it during the IIHF world championships or friendlies against Sweden, fans held up a huge sign, “Park Jong-ah, Proud Daughter of Gangneung.”

Park and the rest of her team ran into an unexpected hurdle before the Olympics, with the formation of a joint Korean team, with 12 North Koreans having been added to the 23-player South Korean roster.

Of those 35 players, only 22 can dress for games during the Olympics — 20 skaters and two goaltenders — and at least three North Koreans must be inserted into the lineup.

The two squads have been practicing together since the start of this week, and it’s not clear which three North Koreans will emerge come the Olympics. But one thing is clear: Park is in no danger of losing her spot and she’ll be counted on for significant offensive production.

“I’d love to score in every game,” she said in an interview last fall. “I’ll try to help the team take the bronze medal.”