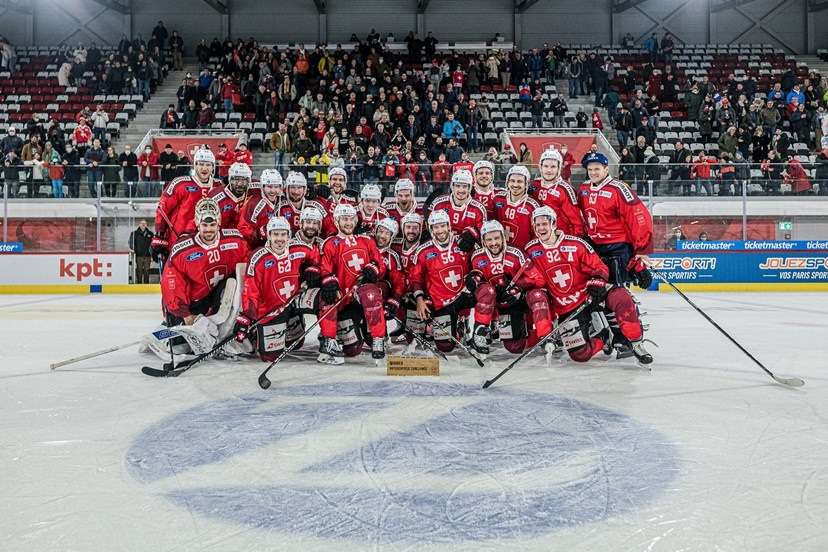 In the second and third periods, the Swiss showed an excellent performance. They used their speed and dominated the Slovaks practically at will, which underlines the shot ratio of 21: 3. Hollenstein  tied the game to 1: 1. The Swiss missed many chances example: Yannick Zehnder and Denis Malgin each failed in the 25th minute in front of the Slovak goalkeeper Patrik Rybar. Numerous other opportunities could also be mentioned.

In the 43rd minute the second goal came from Hollenstein again. The ZSC Lions striker scored on the power play. Three minutes later, the Slovaks equalized out of nowhere. As with the the first goal it was an own goal, this time Simon Le Coultre was the unlucky one.

Killian Mottet, who had already scored against Latvia on Thursday, scored the winning goal in the 57th minute. He only had to push the puck over the line after a push by defender Christian Marti. The Swiss were able to take revenge for their 6-1 defeat in November at the German Cup in Krefeld.

The Swiss National team will now gear up for the Olympic Games in Bejing, China.