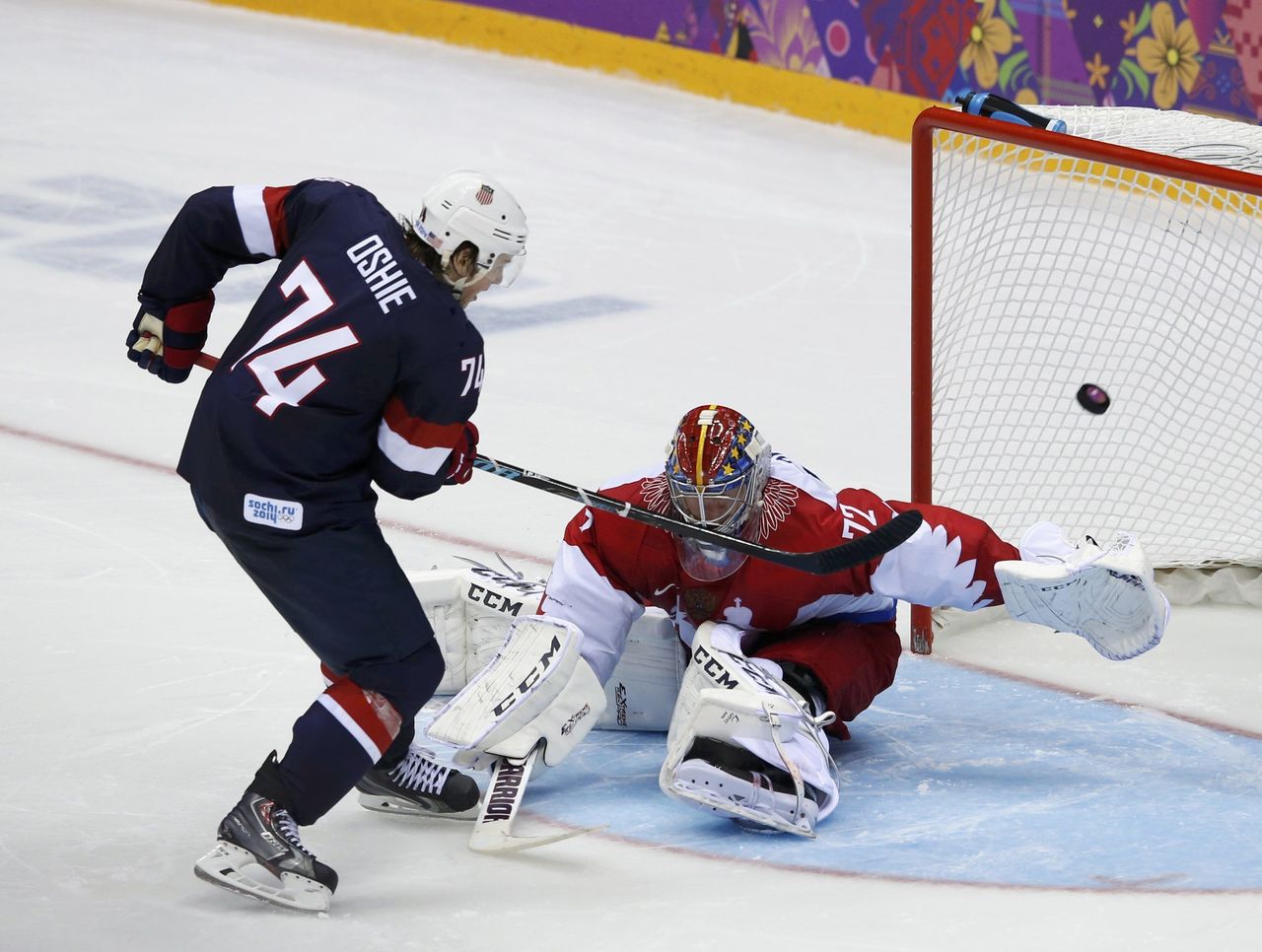 Going to the Olympics was a life-changing experience for T.J. Oshie, a shootout star for the United States against Russia in Sochi.

Oshie and dozens, if not hundreds, of NHL stars are disappointed they won’t get a chance to do it again at the 2018 Winter Olympics in South Korea. He would like to ensure Olympic participation in the future – but not at any cost.

”To what end, like what we would have to give up?” Oshie said. ”Now you’re talking about an entire league of players and families potentially losing out on whatever it would be. … What we’d be giving up would affect everybody. It’s a tough talk.”

Because Olympic participation wasn’t written into the collective bargaining agreement signed in 2013, the decision rested with NHL owners, who decided against going to Pyeongchang after the league participated in the previous five Games. With the first chance for players or owners to opt out of the CBA now two years away, the Olympics, escrow payments and the draft age look like they are bound to be among the hot topics.

NHL Players’ Association executive director Donald Fehr said owners choosing to skip the 2018 Olympics ”is a thorn, is a sore” for players and is ”not going to be forgotten.”

”I think it is clearly something the players are going to want to think long and hard about when they get to the point of formulating their positions,” Fehr said. ”I would not be at all surprised if they wanted to make this an issue around which they felt very strongly in terms of the overall agreement because you have to remember that while it’s true that roughly a fifth of the players play in any particular set of Games, everyone would like the opportunity to go.”

Dallas Stars center Tyler Seguin said not going to the Olympics ”kind of makes you angry.” Seguin added: ”We’re going to have to figure something out for future players and for our future in general as a game.”

The future of the game likely will involve increased international events that help grow revenue and spread hockey’s influence around the world. The Los Angeles Kings and Vancouver Canucks recently played in Shanghai and Beijing, site of the 2022 Olympics, with the NHL attempting to make inroads in China.

The NHL and NHLPA staged the return of the World Cup of Hockey last year in Toronto, and the Colorado Avalanche and Ottawa Senators will play two games in Sweden in November.

Fehr said the NHL has ”for some time now indicated a lot more interest in China” than in Korea. But Commissioner Gary Bettman said in several meetings with Chinese businesses and government entities ”not one of them asked about the Olympics because what we’re doing isn’t about two weeks.”

The NHL is interested in China, and it wouldn’t hurt the players’ Olympic chances if Salt Lake City or Calgary lands the 2026 Winter Games, but the topic of ensuring participation is not an easy one for upcoming negotiations.

”For us to say that there’s a change of heart, there’s obviously going to have to be a change in circumstance, including how the (International Olympic Committee) and the (International Ice Hockey Federation) view our participation,” said Bettman, who noted that neither side is currently focused on reopening CBA talks.

”I have no idea what the Players’ Association will raise in that regard. But we were clear in the last round of bargaining that we needed the ability not to go to the Olympics because we understood how disruptive they are to the season.”

After 147 NHL players participated in Sochi, much of the reaction inside locker rooms to the NHL’s decision on Korea wasn’t positive. At the very least, a handful of players said they’d like to know in advance about the Olympics so it doesn’t come down to the wire like it did last time.

”I think it’s important that we address it so that it’s a done issue, whether it be that we’re not going or we’re going,” Anaheim Ducks center Ryan Getzlaf said. ”I don’t think we want to leave it open to interpretation every year that it goes on.”

One thing that hasn’t been open to interpretation since 2013 is players having some of their pay held in escrow to compensate for the 50/50 split of revenue with owners. Last season, players had 15.5 percent of their pay withheld and many have expressed displeasure with the system.

Fehr said changes could be made to the escrow system, but added that it has always been his view that salary caps ”cause all kinds of problems.” The NHL and NHLPA instituted the salary cap coming out of the 2004-05 lockout that wiped out a season, and Bettman is proud of the competitive balance it has created.

”That’s why we fought so hard and we were committed to getting a system that would enable all of our teams to be competitive,” Bettman said.

Another topic that is likely to spark conversation is raising the draft age from 18 to 19. Former player and current NHLPA special assistant to the executive director Mathieu Schneider said it can be a positive but knows there are challenges to changing it like the NBA did several years ago.

Fehr, who was executive director of the Major League Baseball Players Association from 1985-2009 and has headed the NHLPA for the past seven years, said preparations for the next round of bargaining will ramp up after the executive board meeting next summer. With plenty of conversations left to have, he thinks it’s too early to tell what will be the central issues when push comes to shove.

”You can make guesses, you can sometimes make educated guesses and every so often you’re going to be right,” Fehr said. ”But it’s a chancy prospect.”