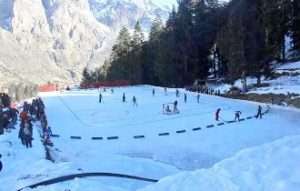 Another historic day for sports in Pakistan and a great initiative heralding the beginning of new era in Pakistan’s sports world.

History was made as the first ever ice hockey match was played at PAF Ski Resort,  Naltar Valley on December 29th.

This first ever ice hockey took place between the Ice Hockey teams of Pakistan Air Force (PAF) and Gilgit-Baltistan Scouts. 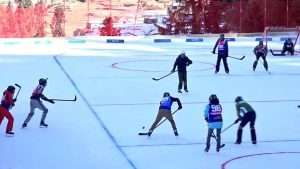 There was a fine display of extraordinary ski and hockey skills from the players of both the teams.
Due to that none of the team was able to score a goal in the match duration. However, the winner of the match was decided through penalty shootouts. 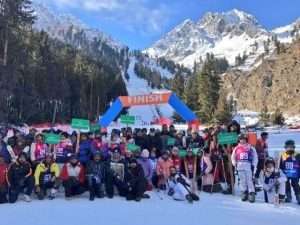 PAF won the match with the only goal from Shah Siyar.

Though ice hockey sport is included in the list of the world’s modern games. The history of ice hockey in Gilgit Baltistan region can be related to a local game “Ghatal”, which is also played with two sticks and a ball.

Hope this sports will flourish in Pakistan in coming years and people will get to enjoy Ice Hockey sport on larger scale.