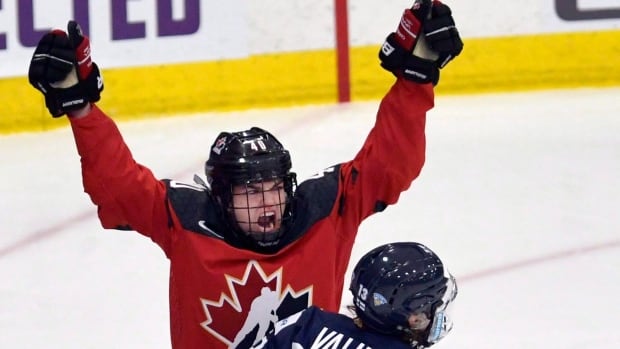 There’s a new fever spreading over the town of Stellarton. Let’s call it the Blayre Turnbull syndrome.

The Nova Scotia town of 4,200 is firmly behind their new Olympic idol.

“We’ve only had one other Olympian, that was Leslie (Babe) Mason in boxing back in the 1950s,” said Stellarton Mayor Danny MacGillivray. “So to see her achieve this in 2018 is very significant for our town.”

Turnbull and Jillian Saulnier of Halifax have become the first two Nova Scotians to be named to the Canadian Olympic women’s hockey team.

Turnbull, 24, grew up with hockey all around her and took her first skating strides on a pond near her home. A sign on that pond now reads “Congrats Blayre: From the Pond to Pyeongchang.”

Turnbull, who plays forward, and her teammates flew to South Korea last week to go through their final preparations for the Games.

Meanwhile, back at her old elementary school in Stellarton, students and staff have been working on a video they will be sending to their now famous alumnus.

“We were trying to find some ways to show how proud we were of her accomplishment,” said G.R. Saunders Elementary School principal Fraser Green. “Also, we wanted to give her a little motivation to let her know that not only the town of Stellarton, but the entire school and province are all behind her.”

In minor hockey, Turnbull skated on boys teams. Every other year she would play on the same team as her younger brother Brent, now a forward with the St. Francis Xavier University hockey team.

There are many girls’ hockey teams in Nova Scotia, and many of the players idolize Turnbull and Saulnier.

The Fundy Highland Pee Wee Selects got to meet Turnbull when they played in a tournament in Calgary hosted by Canadian hockey legend Hayley Wickenheiser.

“We were fortunate enough to be in the gold medal game and Blayre actually came down to our bench just before the game and started to talk to the girls,” said Selects coach Craig Clarke. “She watched the entire game and came out on the ice with them after they won.”

When she was the same age as those girls it was becoming obvious she had a lot of talent and potential. Throw in a lot of desire, too.

Her father had coached her on most of her minor hockey teams and as a family they decided she would go away to a prep school in Faribault, Minn.

Turnbull attended the school at the same time as MacKinnon and won two national championships in her two years with the team.

That paved the way for a full athletic scholarship to the University of Wisconsin, where she had four outstanding seasons. Suddenly, she was on the radar of Hockey Canada. 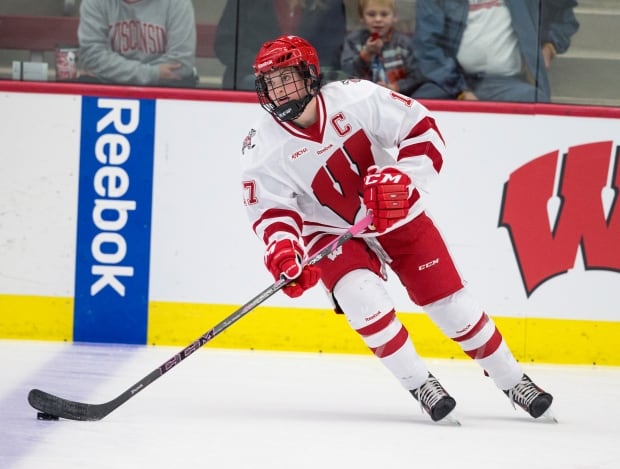 On the ice Turnbull was finding success at every level. But off the ice she had some very tough things to deal with.

When she was 13 her parents split up and when she was 15 her mother, Margie, died of cancer. It was less than a year later that she left Nova Scotia to go to school in Minnesota.

“She showed incredible strength through that, as did her brother,” said her father, Ron Turnbull. “They both went through a lot at that stage, but they both persevered and have gone on to do very well.”

Blayre Turnbull hopes to win a gold medal in South Korea in her mother’s memory.

Her best friend is USA goalie Alex Rigsby. They bonded when they played together at Wisconsin. Turnbull is helping Rigsby deal with her own mother’s fight against cancer.

In two weeks, those two best friends could be on the ice battling against each other for a gold medal.