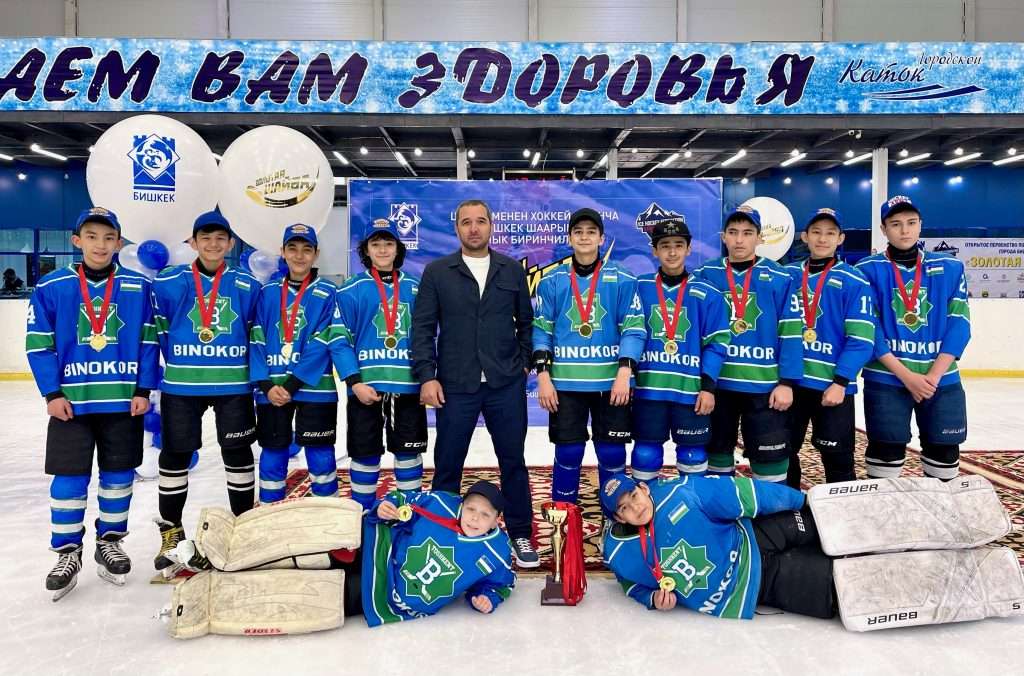 We had the great pleasure of once again talking to Alisher Azimov chief trainer of HK Binokor Tashkent and one of only a few people in Uzbekistan to have made a living playing hockey. It is thanks to Azimov that the sport has received another lease on life.

The last time we talked was in 2016, a lot has changed in Uzbekistan. Can you tell us about how the Binokor ice hockey club has grown over the last 5 years?

Yes you are right a lot has changed since 2016, and the process is still going on. Having new Ice Rinks was a big step forward in developing the ice hockey sport in Uzbekistan.
The Main Ice rink named “Humo” is the biggest one we have in the country, it was built with all the international standards and able to host all types of events.
With the new Ice rinks we were able to accept many more young kids for training, after Binokor we had opened three new official clubs (HUMO, SEMURG, TASHKENT)
Binokor itself has grown, we have attended many tournaments and achieved many good results. 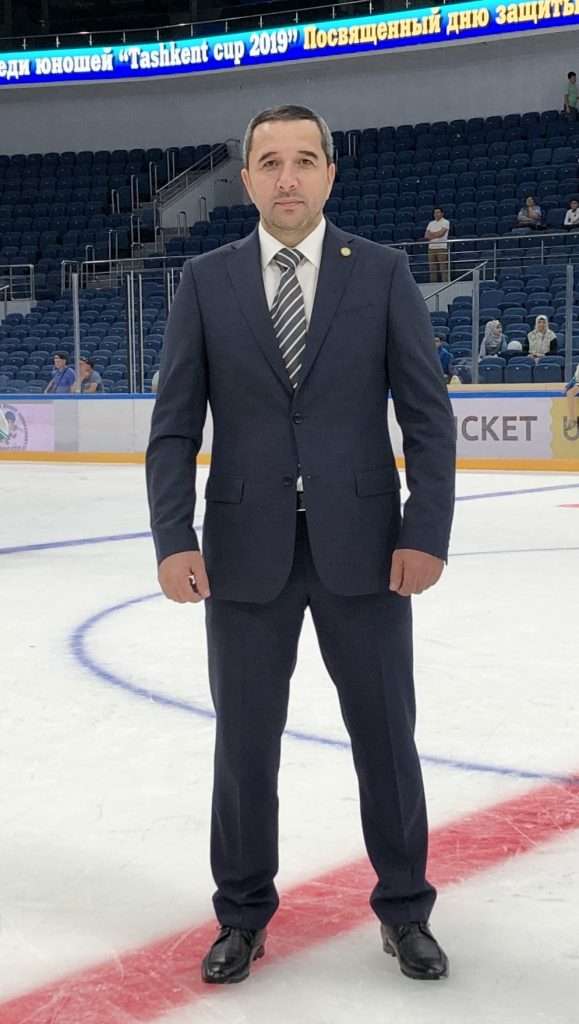 Binokor youth team played in Kyrgyzstan in early June against their U20 team, how did Binokor do and what is your relationship with Kyrgyzstan?

The Kyrgyzstan ice hockey federation and us have a good relationship so far, they always invite our clubs to their tournaments, as host they always provide good hospitality and support. I would like to say big thanks to their management for what they do.
About the tournament we had good results, overall it was a good experience for our team, we learned many things, team members and players enjoyed the overall atmosphere.

In 2013 a Uzbekistan Hockey League was established but since that time no championship has been played. Are there any future plans to start a league in the country?

Yes we have a plan in the near future to start our own league with clubs I have mentioned above, by that time there is a hope we might add more clubs to this league from different regions of the country.

Humo Hockey Club played in the VHL in the 2019-20 season but the playoffs were canceled due to the pandemic. This year Humo is going to play in the Kazakhstan Championship, why the sudden change in leagues?

Yes, as far as I know this year Humo HC will play in Kazakhstan’s ice hockey championship and I think it is a good thing for overall improvement of this sport in Uzbekistan

How many ice rinks have been built in Uzbekistan since 2016 and what is the total number of ice rinks in the country?

Currently we have three ice rinks arenas in Tashkent, one of these is seasonal and operates only in winter season, we have another new one in Samarkand city it is also a good addition to our sport, we hope to see some new clubs with new players coming from that region. Another one and latest one in the Andijan region, we also hope to see new clubs coming from that region too.
Another very good news is, our old ice rink in Tashkent which was closed off back in 1988, is now reconverting back to ice rink again after the president’s direct initiative, this also shows the support of the government in improving this sport 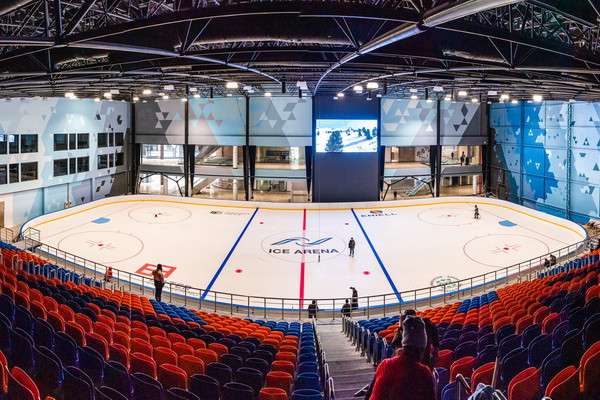 With Uzbekistan building a foundation with youth hockey, when will we see a Under18 or Under 20 national team play in IIHF competition?

Currently we have a team named Tashkent Select in which the players from all above mentioned clubs were invited, there are two groups #1  consisting of 2006-2007 years and the 2nd one with 2008-2009 years, attending in two groups.
I really hope we can create a good team from these guys for U18 and U20 IIHF competitions in the coming years.

How long do you think it will be before we see the Uzbekistan national team play in a IIHF competition?

If everything goes well I hope in the next 3-4 years we will have a solid own national team which can start competing in IIHF competitions.

Your son was in invited to the Next Generation Hockey School in the United States. How was the experience at the school?

This year my son Salahiddin Azimov, was invited by one of the leading hockey schools in the USA named NEXT GENERATION HOCKEY located in the state of Arizona. The invitation came directly from the director of the school and one of the leading coaches in the US Boris Dorozhenko, Mr. Dorozhenko is Ukrainian born with many years of experiences in coaching and providing many good international players with training in his career.  After seeing Salahiddin’s games in the Kyrgyzstan tournament he himself invited us to his summer camp, and we were able to visit the USA and attend the camp.
I have to say it was a very productive experience for my son and myself, these experiences which we have seen we can implement in our clubs to improve their games and training.
During my visit in the US we have achieved an agreement between our club Binokor HC and Boris Dorojenko’s training school to have winter camp training together in the USA this year in December. We have already started the process of arranging paperwork for visiting Arizona with our team, and I think it will be a big step forward for our own club Binokor HC and to overall ice hockey in Uzbekistan. I believe the experience they will get to see in this camp will give a big boost to our team players and members. 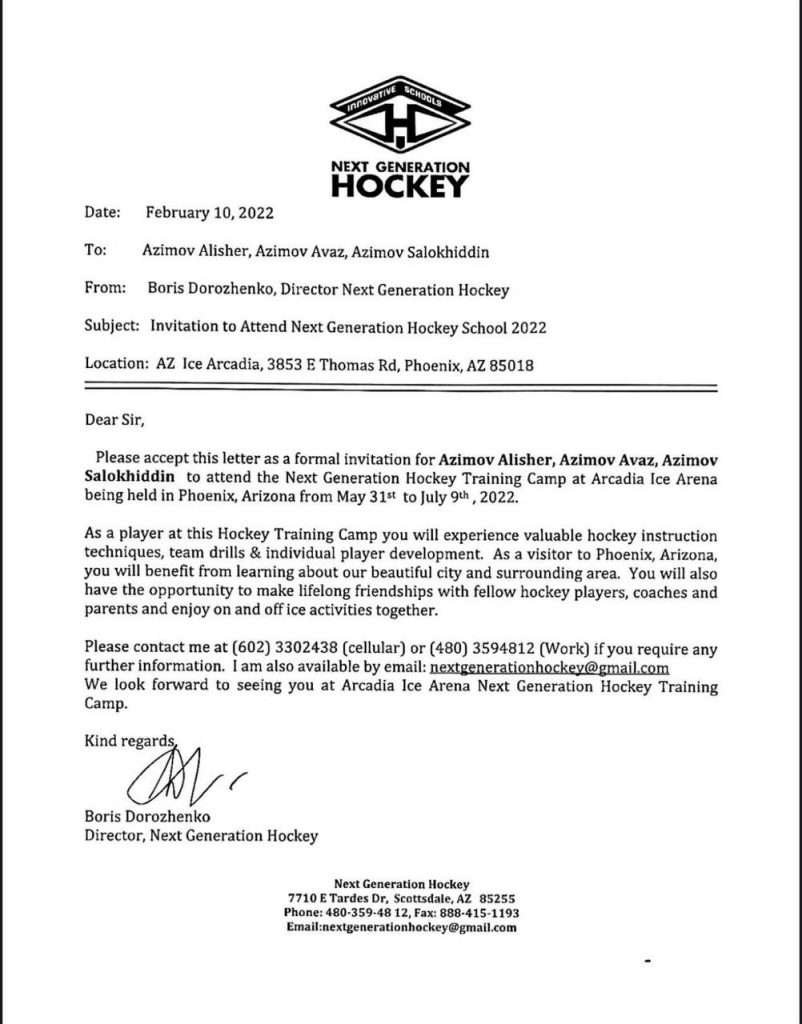 Letter from next generation hockey school. 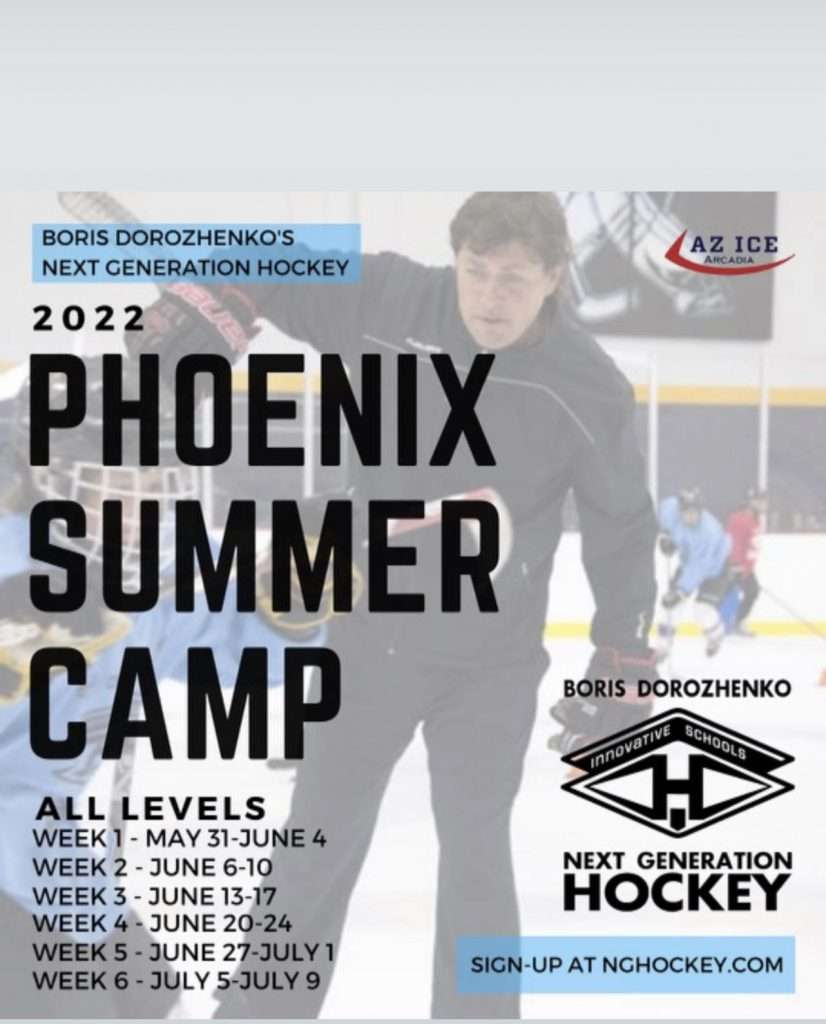 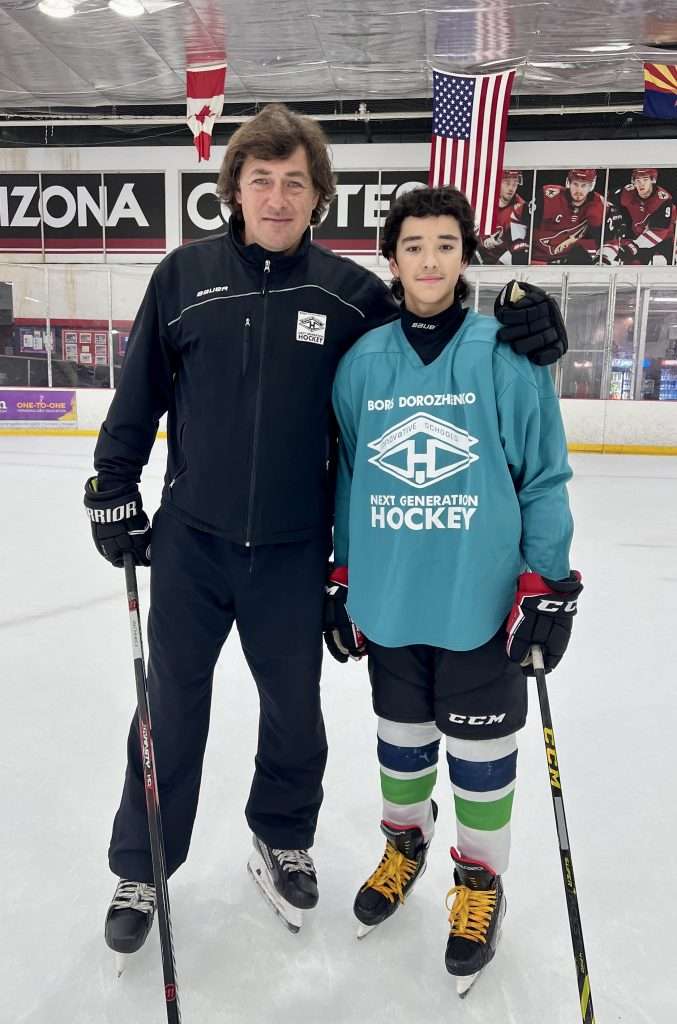 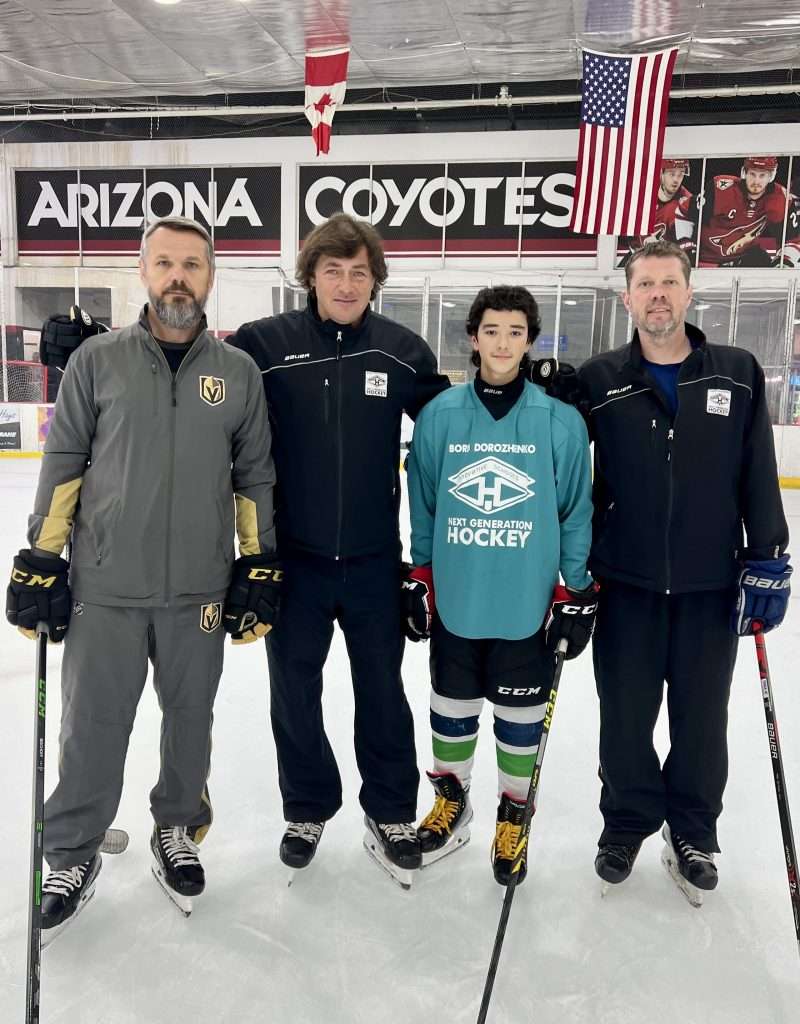