Q & A With Bhuban Pathak 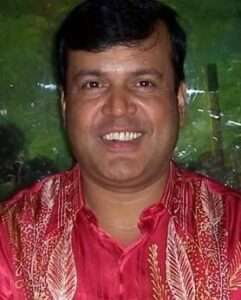 Nepal & Ice Hockey “Yeah” it does not sound right, but a enthusiastic group of people are introducing the game to the Nepalese people. We had the pleasure of talking to the Chairman of Nepal Ice Hockey Association Bhuban Pathak.

Where did this idea to bring Ice Hockey to Nepal start?

Idea to bring ice hockey started 5 years ago. We used to watch various Ice hockey tournaments on television for a long time. Since Ice hockey is a dynamic and frequent physical contact sports, and ice hockey being an adventurous sports its appeal in Nepal has grown over the years.

Does Nepal have any history with the game of Ice Hockey?

Hockey has been a popular sport in Nepal but Ice hockey has no history in Nepal.

How was the Nepal Ice Hockey Association created and why was it so important to join the IIHF at this time?

Nepal Ice hockey association was created by passionate sports personalities that want this sports to grow in our country. It is very important to join IIHF because we believe that it will help develop the sports in our country. IIHF technical support in issues regarding ice hockey and with participation from our side we strongly believe that ice hockey will see an immense growth in Nepal in coming years. 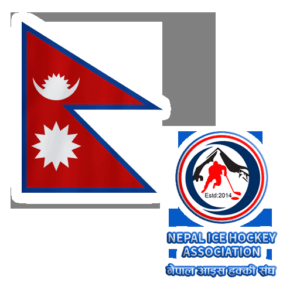 Have you spoken to the sports leadership of Nepal if so what was their response?

Yes, we have been in constant contact with different sports leadership in Nepal. Their response has been positive towards ice hockey development.

Ice Hockey is one of the most expensive sports to play, where will the Association find the financial funds to develop and build infrastructure to play the game?

We have been in touch with Nepal’s government and also with IIHF and other countries to develop and build infrastructure in Nepal.

Given that ice hockey is so new to the country how are you introducing the game to the public?

On the occasion of Visit Nepal Year 2020-Feb 14 there is a friendly ice hockey international match on Gokyo lakes of Mount Everest. This has helped the popularity of this sports among the general public. From our side we been in touch with different schools, associations and media to further popularizing Ice hockey towards the young generation.

When do you think an arena will be built in Nepal?

We are planning to build an ice hockey rink in Nepal and some business man are trying to build it in Kathmandu and Pokhara city, but Nepal Ice Hockey Association have don’t have enough funds for it.
We are trying to search donation to Build it.

Do you know of any players with Nepalese descent playing outside of the country?

So far we have no knowledge about this.

How soon will we see a game between India and Nepal, club or national team level?

We are planning to organize an international ice hockey tournament by next year 2021.

Where do you expect Nepal to be in the next 5 years from IIHF status and participating at Challenge Cup of Asia or World Championships?

We believe that in next five year Nepal will have a good Ice hockey team. Certainly, we plan to participate in international tournament in the near future. 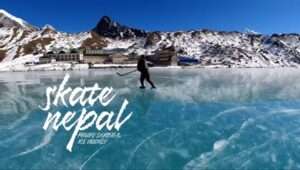 Nepal invite you and yours friends to country of Mount Everest Nepal.