Q & A with Jaz Miley

What was your introduction into hockey and how did it all start?

I started hockey at a very late age. I had just moved from Queens NY to Long island NY. Being new to the neighborhood as a teenager it’s important to try to find kids my age. My next door neighbor who also recently  moved in invited my mother and I to their house warming party. It was there that I one of the nieces who invited me to one of her hockey games and I fell in love at first sight.

Not only are you a player for the Puerto Rico women’s national team but you are also the HPOC Movement Founder & CEO Purto Rico Ice Hockey Association. How did this come about?

I started HPOC Movement in 2020 right before Covid and after speaking to the current Director Sydney Kinder about our time playing college hockey. Despite playing for two different programs we had such a similar experience. I wanted to make a community where all players of color are welcomed and have a place where they feel safe. It was imperative to have a program for our younger players like a big sister/brother that can mentor them and even help parents that are new to the hockey world. Coming from a one parent household that paid for everything  hockey related, everyone knows that hockey is expensive and not everyone has that privilege to afford gear, travel hockey, summer camps, etc., I feel blessed.  I was very fortunate that Scott Vargas  included me in the making of the Puerto Rico Ice Hockey Association as the hockey Director. Being able to make history on the island is such an amazing privilege.

At the 2021 Latam Cup Puerto Rico was represented by the Men and for the first time the Women’s team. What was the selection process in picking both teams?

We advertised on hockey platforms and social media sites.  We based our selections  on players experience whether they play A, AA or AAA. Even now post-Amerigol Latam Cup we have many players reaching out to us with and without experience. So many people want to be a part of the team.

Puerto Rico women made spectacular debut by winning the 2021 Latam Cup which you were a part of. What was the feeling like after winning the championship and what will this do for women’s hockey in the territory?

Winning the 2021 Amerigol Latam cup tournament was such a surreal moment, especially since it was our first time playing as a team. I personally played with one other player a few years back. But besides that we were all very new to playing with each other but we clicked so well. I am excited for our future ventures as a team and being able to practice and mesh more.

When will Jose Miguel Agrelot Coliseum be open For ice skating and hockey?

Unfortunately there is no definitive date yet, but we plan on putting the date out on our social media platforms as soon as its available.

There is Rumors that first game at the coliseum will be against Dominican Republic?

That is a false rumor. We have not thought about who we will play once the stadium is finished. 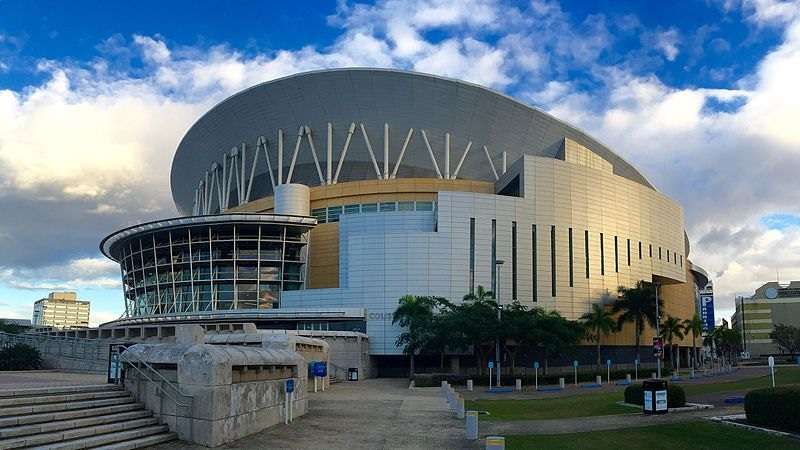 Will the Puerto Rico Ice Hockey Association set up a leagues and programs for youth hockey?

We are definitely looking to grow Puerto Rico Hockey by including our youth players.

Outside of the Latam Cup will Puerto Rico play in any other tournaments or exhibition games in 2022?

We have established the Spring Primavera which will ultimately be an invitational tournament for the Men, Women and youth.. But we also plan to make appearances at other tournaments.

Do you think the game can grow in the Caribbean and how will Puerto Rico lead the way?

I think ice hockey can grow in the Caribbean, our only set back is affordable access to ice and a building that meets IIHF’s requirements. Puerto Rico can only lead by example. The most important first step is for countries to be able to afford an expensive building that most likely will have to be built from the ground up, putting in ice and being able to run it consistently.

You can also check out this Article from 2019 on Jazmine Miley:
Miley launches coaching career with Junior Hurricanes