Q & A With Ralph Melki 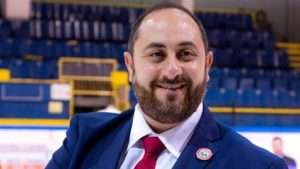 Lebanon is a new to the ice hockey world and in April of 2017 Lebanon played there first every game against another newcomer Haiti in Saint-Lautent Quebec, Canada. In total Lebanon played 10 games in 2017 against various countries & club teams, But the most note worthy was the President Cup in Abu Dhabi. We had the great pleasure to Interview the coach of Lebanon Mr Ralph Melki who is always looking for a game to play.

How did you get into coaching hockey and where did you coach before taking the Lebanon Job?

Pascal Malkoun is the president of the Lebanese hockey association and also a personal good friend of mine. He offered me the opportunity to coach the Lebanese national ball hockey team last year. Since we are ISBHF members, so we compete in our first world championship tournament in Czech Republic in Pardubice last June. After that tourney we decided to start our ice hockey program with a different group of guys.

How did you hear about the Lebanon National Team and why did you decide to be there head coach?

I knew about the Lebanese Hockey Association since it’s debut, since I’m also a co-founder of the association.

In April of 2017 Lebanon played there first game against another newcomer in Haiti, How nervous were you?

Very nervous, maybe even more the the players lol. But I had to hide it lol. Once the puck was dropped in the 1st period, then I got into my game my coaching zone.

Team Picture of Lebanon vs Haiti

Lebanon played in there first major International tournament at the

. How did the team perform?

The team did very good for our first international tourney. We were in game, tight scores. We didn’t win any games but we learned a lot 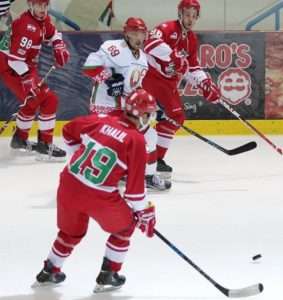 All together Lebanon has played a total of 10 games in 2017 which players have perform well and who has surprised you the most?

Your Goalie Gabriel Waked has been claimed by the Blainville-Boisbriand Armada of the Quebec Major Junior Hockey League. What can you tells us about him and do you think he can play pro hockey?

Gabriel Waked, absolutely there’s no doubt in my mind that the kid will be a pro player one day and I wish him all the best in the pursuit of his dream.

We know the political situation in Lebanon is not great at the present moment, but are there any future plans to build an ice rink and play games in the country?

Absolutely it’s our goal and dream to play in Lebanon. It’s the reason why we are doing all this. I will tell you that it’s a work in progress at this point.

What would it mean to you and Lebanon Ice Hockey Association to play ice hockey Lebanon?

That will be a dream come true

What would you say is your best asset as a head coach?

Communication, bring the guys together and a unified them. 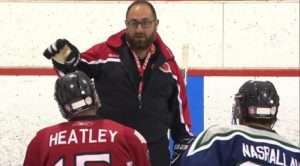 The Arab Cup is going to be a club Tournament this year. Can You tell us what will your club team be called and is there going to be a camp for Lebanese players?

Our name will always be team Lebanon or the Lebanese cedar. Yes and our training camp will start on February 10th.

Who was or is your favorite player to watch play in the NHL?

I had 2 players, Patrick Roy and Wayne Gretzky.