Querétaro will host the Under 20 World Championship 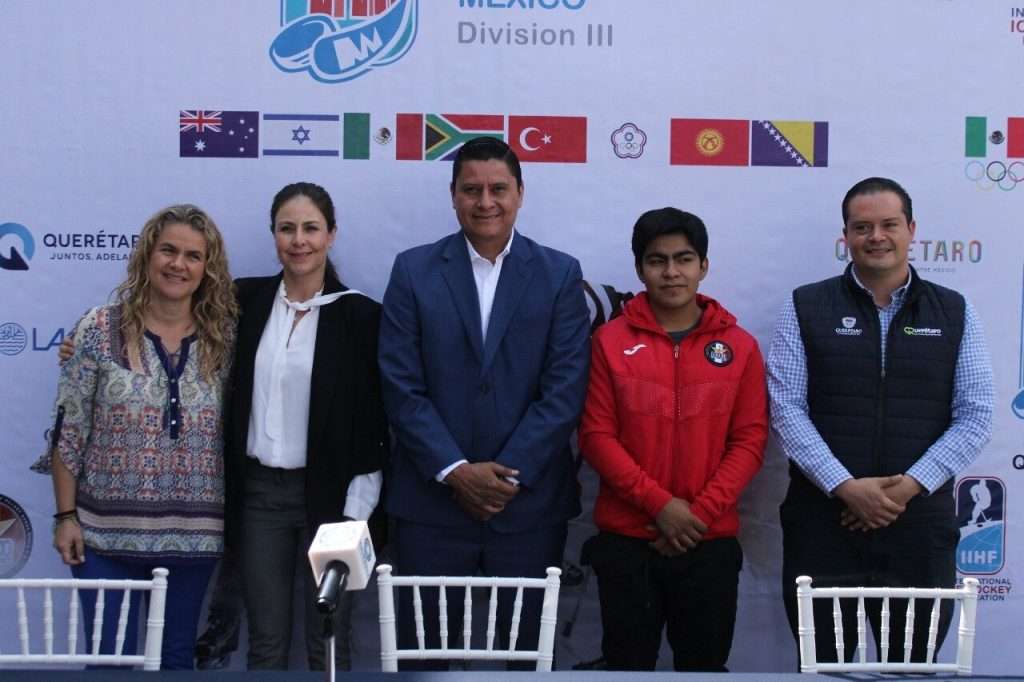 Everything is ready for Querétaro to host the Under 20 Division III Ice Hockey World Championship from July 22 to 30, which will feature the participation of 8 countries that will compete for the crown at Lakeside Ice Park Juriquilla, unique in the country. with the official measurements of the National Hockey League (NHL).

In addition to Mexico, the host country, the nations that will meet at this World Championships are: Australia, Bosnia & Herzegovina, Chinese Taipei, Israel, Kyrgyzstan, South Africa and Turkey; highlighting that 4 athletes from Queretaro are summoned in the Mexican team: Emmanuel Santiago, Eduardo Valencia, Luis Valencia and Daniel Valencia.

“We are ready to give the best possible result in this World Cup, rest assured that we will give our best effort to raise the name of our country”, assured the young man from Queretaro, Emmanuel Santiago.

During the official presentation of the tournament, Edward Sánchez del Río, general director of the Institute of Sport and Recreation of the State of Querétaro, stated that being able to develop a competition of this level in the entity is due to the joint work with the private initiative.

For her part, Aline Forat, general manager of Likeside Icepark Juriquilla, highlighted the benefits of practicing this sport, while inviting the general public to cheer on the National Team. Ticket sales will start on July 20 at the venue.

“Going up to Querétaro in sports is the best thing we can do, for the children, give them other options. Many children had a hard time during the pandemic and those who play hockey continued to skate in the street and now that they do it on ice, it changed their lives. I invite everyone  to come to the games and get to know the sport, you’re going to love it”.

Next Friday, July 22, the actions of this World Championships will start, the inauguration will take place at 8:00 p.m. and later the duel will take place between Mexico and Chinese Taipei, in the following days they will face Kyrgyzstan and Israel, respectively, in Group A activity; highlighting that the medal round will be played from Wednesday 27th.