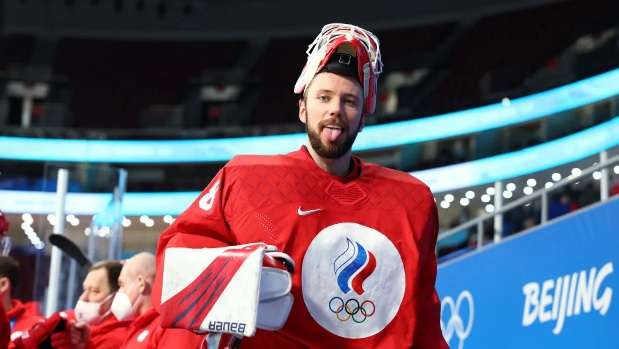 ROC are through to the men’s ice hockey Olympic semi final after squeezing past a spirited Denmark 3-1 at the Beijing 2022 Olympic Winter Games on Wednesday 16 February.

Four years after the Olympic Athletes from Russia won gold in PyeongChang, ROC will play in the last four for a place in the gold medal game. Earlier, Slovakia caused a major upset by eliminating the USA in the day’s first quarter-final.

ROC opened the scoring against Denmark in the first period through Vadim Shipachyov, but Denmark levelled it at 1-1 thanks to a Frans Nielsen strike.

The ROC outshot Denmark 40 to 18 over the 60 minutes and Danish goalie Sebastian Dahm lived up to his name making save after save.

Nikita Nesterov finally broke the dam again late in the second period and Vyacheslav Voinov made sure of the win for ROC with a wrist shot into the top corner on a powerplay, with 4:15 left on the clock.

Goalkeeper Ivan Fedotov was important for ROC too, and while he coughed up a couple of chances with some poor decision-making with his stick, he also came up with huge stops to keep his team ahead at 2-1.

Fedotov didn’t let in a single goal in 120 minutes of hockey in ROC’s first two group games – one of them against Denmark – and has been one of the outstanding young performers in Beijing, with a move to the NHL reportedly in talks.

In the end it’s the ROC who advance to the semi finals, but Denmark can be proud of their Olympic debut, making the quarter final and pushing the Olympic champs all the way.