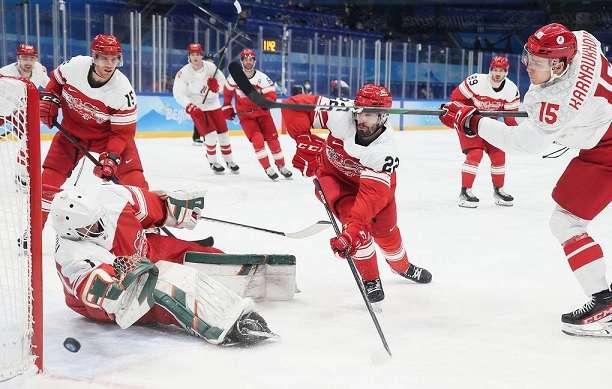 Players of the Russian Olympic Committee (ROC) men’s ice hockey team defeated 2-0 the national squad from Denmark on Friday at the 2022 Winter Olympic Games in China.

The goals were scored by Pavel Karnaukhov on the 29th minute and Kirill Semyonov with five seconds shy of the final buzzer.

The ice hockey competition at the 2022 Olympics in Beijing runs between February 9 and 20. The team of Russian ice hockey players was seeded in Group B along with the squads from Switzerland, the Czech Republic and Denmark.

Team ROC (the Russian Olympic Committee) are now scheduled to play its next Group B match against the Czech Republic on February 12.