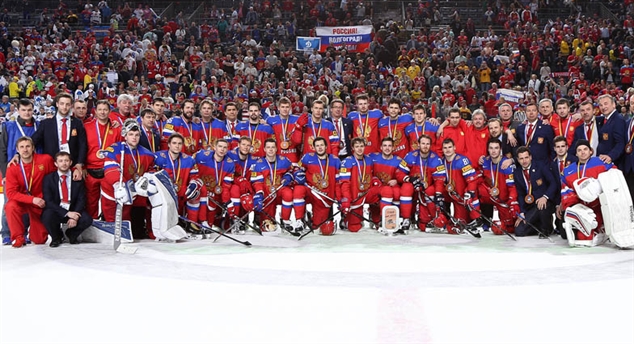 By Flip Livingstone – the score

The Russians proved to be too much for Finland on Sunday at the World Championship in Cologne, Germany, as the Red Machine pulled out a 5-3 victory to earn the bronze medal.

Nikita Gusev continued his hot streak with two goals and an assist, Valeri Nichushkin added three helpers, and Andrei Vasilevski made 26 saves in the win.

Despite scoring three goals, the Finns were never really in the game and have the Russian’s sloppy play to thank for the trio of tallies. Mikko Rantanen had a goal and an assist and 19-year-old Sebastian Aho chipped in with two apples in the losing cause.

Russia broke out to a formidable 4-0 lead – chasing Finland goalie Joonas Korpisalo from his net – before allowing the Finns to score three unanswered goals. The comeback effort would be for naught, however, as Nikita Kucherov sealed the victory with just under 12 minutes to play with his seventh goal of the tournament.

Finland fails to medal for the fifth time in eight years, while the Russians earned some hardware for the fourth consecutive tournament.