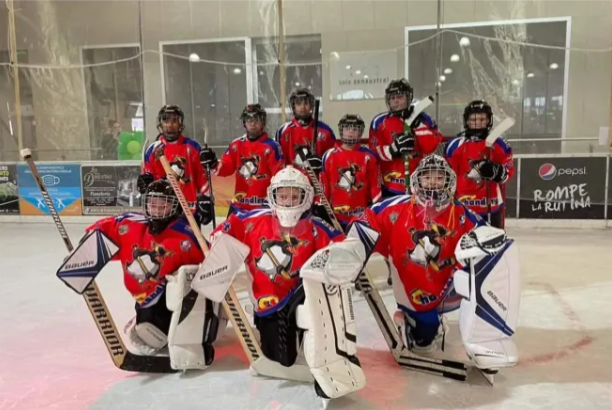 The Stanley Penguins team from the Falklands Islands will compete at a Miami tournament.

By Amir Razavi – The Sun

Many of the under-20s squad have never even skated on ice before.

Instead, the members of the Stanley Penguins — based in the Falklands — use rollerblades to practise.

The Penguins will compete at the Amerigol Latam Cup, which starts in Miami on Thursday, alongside teams from Central and South America, plus further afield.

The UK Overseas Territory in the South Atlantic has a population of just over 3,200 — making it the smallest country to field a side in the tournament.

Grant Budd, the Penguins’ coach and founder, said: “It has been three years since many of the team played on ice, but everyone is looking forward to playing again.”

Amanda Milling, Britain’s minister responsible for the Falkland Islands, said: “I have a feeling the Penguins will take to the ice like ducks to water.”