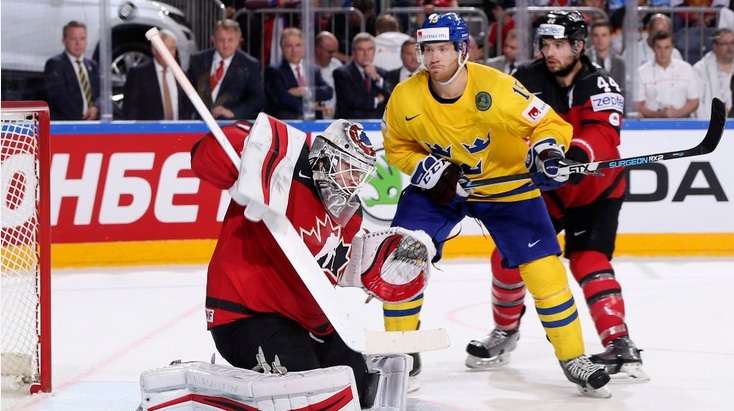 A Swede in an Oliver Ekman-Larsson jersey walks into a bar and sits down with a Finn in a Marko Anttila jersey. They order beers. After a long silence, the Swede raises his glass and says: “Cheers!” The Finn says: “Are we here to talk about all your NHL players or are we here to drink?”

In a typical recent IIHF World Championship year, this variation on an old joke about Swedes and Finns would ring true. In 2020, IIHF.com reported there were more than twice as many Swedish NHLers (113) as Finnish NHLers (50). Sweden’s last two gold medals featured a big NHL turnout in 2017 (19 NHLers) and 2018 (20 NHLers), while its classic Nordic rival relied on KHL and Liiga players en route to gold in 2011 and 2019.

However, 2021 is, of course, not a typical year, and Swedish head coach Johan Garpenlov has announced a roster with just five NHLers. We can still expect smart, well-structured team play, and securing a quarter-final berth should not pose a problem. Yet memories of the 2018 Olympics – where Germany stunned an NHL-free Sweden 4-3 in overtime in the quarter-final – are still fresh, and the 2019 Worlds – where the Swedes (21 NHLers) fell 5-4 in overtime to an unheralded Finnish squad in the quarter-final – reinforced that there are no guarantees.

In 2006, Tre Kronor made history by winning Worlds gold in Riga after claiming Olympic gold in Turin. Another triumph in the Latvian capital is possible, but it won’t be easy.

Sometimes, men have a mid-life crisis in their late 30’s. Top Swedish goalie Viktor Fasth is showing no signs of that. One of 11 SHL players on Garpenlov’s roster, the 38-year-old Fasth just backstopped Vaxjo Lakers to their second championship in four years. During the regular season, his 1.79 GAA and 93.4 save percentage led the league.

The former Anaheim Duck and Edmonton Oiler, whose last IIHF run was at the 2018 Olympics, has seen it all in international competition. Fasth was named tournament MVP and Best Goalie 10 years ago when Slovakia hosted the Worlds for the first time, but those honours were tarnished by Sweden’s 6-1 loss to Finland in the gold medal game. He held down the fort for Sweden in the preliminary round at the 2017 Worlds until Henrik Lundqvist took over en route to gold in Cologne. This could be Fasth’s final hurrah on this stage, so he’ll want to make the most of it.

Samuel Ersson, 21, enters these Worlds on a positive note after his first season as an SHL starter with Brynas IF (42 GP, 2.96 GAA, 91.1 save percentage). Even though his club had to battle HV71 to avoid relegation to HockeyAllsvenskan, Ersson outdueled ex-NHLer Jonas Gustavsson in a 4-1 series victory.

Adam Reideborn, 29, joins Ersson as a Worlds rookie, and he’s looking to showcase himself for a new contract somewhere after two seasons with the KHL’s Ak Bars Kazan. Reideborn was sidelined with COVID-19 in November, but still amassed creditable numbers (1.82 GAA, 93.1 save percentage) in a team-leading 29 starts. He took a back seat to Timur Bilyalov as Kazan marched to a seven-game conference final exit versus eventual champion Avangard Omsk.

“Solid rather than spectacular” sums up this year’s Tre Kronor blue line. Certainly, Garpenlov doesn’t have a proven offensive catalyst like Oliver Ekman-Larsson or John Klingberg to lead the rush or ignite the power play.

That said, it’ll be intriguing to see if Nils Lundkvist’s rapid ascent continues in his first Worlds. Lundkvist, a 2018 first-round pick of the New York Rangers (28th overall), joined some elite company recently, as the 20-year-old Lulea star led all SHL defencemen with 14 goals and took home the Salming Trophy. A mobile presence who sees the ice well, Lundkvist should be able to shoulder his responsibilities in Riga as he seeks an upgraded IIHF medal – he owns bronze medals from the 2018 U18 Worlds and 2020 World Juniors.

Henrik Tommernes ranked second among Swiss NLA rearguards in scoring (13+24=37 in 44 GP), and if that carries over into his Worlds debut at age 30, so much the better. KHL veterans like Klas Dahlbeck (CSKA Moscow) and Victor Loov (Jokerit) can offer steady defensive play and measured physicality. But to reiterate, don’t expect to see the second coming of Victor Hedman here.

Multiple Swedish attackers are seeking a reset in Riga, and Rickard Rakell tops that list.

The talented Anaheim Ducks left winger dazzled in 2018, scoring a career-high 34 NHL goals and winning gold in Copenhagen with a tournament all-star performance (6+8=14). In this abbreviated 2020-21 season, Rakell sagged to 28 points (9+19=28 in 52 GP). The three-time World Junior participant, who captured gold in Calgary in 2012, recently described participating in this year’s Worlds as a “no-brainer.” If he rediscovers his scoring touch under Garpenlov, that might also put him back on the minds of Tre Kronor’s management for the 2022 Beijing Olympics.

Rakell’s Anaheim teammate Isac Lundestrom (6+3=9 in 41 GP) will make his Worlds debut at age 21. Buffalo Sabres forward Victor Olofsson, who was seventh in 2020 Calder Memorial Trophy voting experienced a nightmarish campaign this year, but still came second in team scoring (13+19=32 in 56 games). The 26-year-old Ornkoldsvik native could be a trigger man on the power play.

The remaining NHL forwards include Adrian Kempe (Los Angeles Kings) and Marcus Sorensen (San Jose Sharks). Both bring five years of NHL experience, but Sorensen is a Worlds first-timer, while Kempe showed at his two previous Worlds (2017, 2018) that he’s capable of more offence (5+9=14 in 18 GP) in IIHF play than in North America.

For Skelleftea fans, this tournament should be fun to watch. Oscar Lindberg, a Skelleftea native and ex-NHLer who led all KHL Swedes in scoring (11+25=36) with Dynamo Moskva, has a chance to win his third gold medal (2013, 2017). Jesper Froden joined forces with longtime Skelleftea men Par Lindholm and Andreas Wingerli as the northern Swedish club incurred a tough 3-2 semi-final series defeat against Rogle BK.

It’s unlikely this forward group will spearhead the kind of offensive charge we saw in 2018 (43 goals) or 2019 (45 goals), but they should still outscore most Group A teams.

This is a monumental opportunity for Johan Garpenlov. The 53-year-old, who logged 609 NHL games and added Worlds gold in 1991 and 1992 as a player, served as Rikard Gronborg’s assistant coach at the last three Worlds and the 2018 Olympics. Despite the disappointing fifth-place finishes in Korea and Slovakia, Garpenlov isn’t going to reinvent the wheel in his IIHF debut as head coach by steering Sweden away from its traditional puck possession game. (With all due respect to Hardy Nilsson and his “Torpedo Hockey” experiment of the early 2000’s.)

Going back to the Finns (ahem), this is really more about whether Garpenlov can pull a Jukka Jalonen, so to speak, by coaxing gold out of the least formidable Swedish Worlds roster on paper since 2016’s sixth-place crew. If he, along with assistant coaches Marcus Ragnarsson and Markus Akerblom, can produce at least a top-three finish in 2021, it enhances his odds of going to Beijing in 2022.

If things go according to form, Sweden will vie for top spot in Group A with the Russians, possibly facing a challenge from the NHL-bolstered Czech Republic. However, “if” is a key word, given the unusual construction of this year’s rosters.

While Sweden’s blue line corps isn’t Hall of Fame-worthy, don’t forget that the non-NHL roster at the 2018 Olympics limited opponents to a mere five goals in four games. Ultimately, success or failure in Riga is more likely to come down to whether the Swedes build enough offensive chemistry to score at key times in the playoffs or not. A medal of some shade is viable.