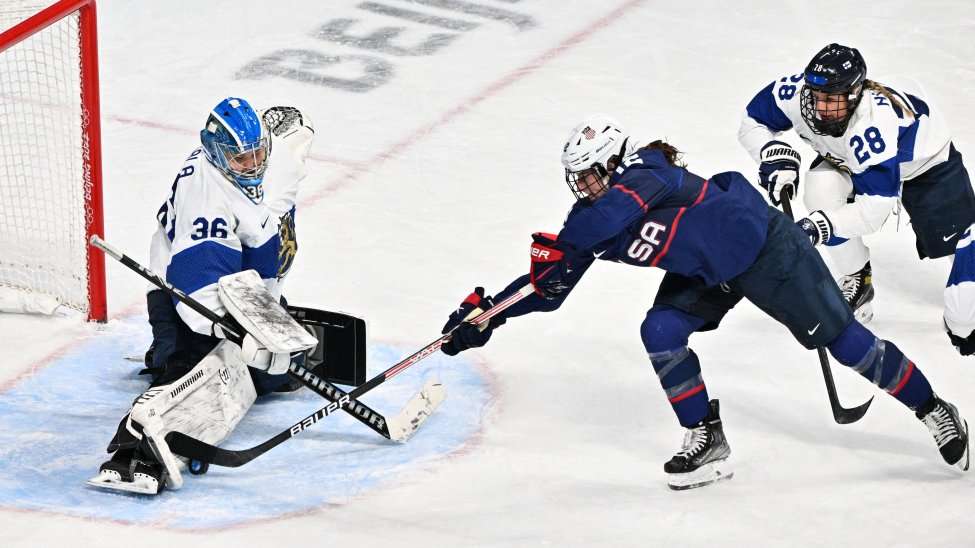 Team USA is headed back to the championship game to defend their gold medal.

The United States women’s ice hockey team defeated Finland 4-1 in their semifinal matchup to clinch their spot in the gold medal game. The team now has a date with rival Canada in a rematch of the previous two gold medal matches at the Winter Olympics.

Hilary Knight and Cayla Barnes each recorded a goal and an assist while Alex Cavallini made 25 saves in the win.

The United States peppered Anni Keisala with 42 shots and the Finnish goaltender kept her team in it for as long as possible. But the U.S. controlled play and limited the amount of chances for Finland, taking down the team for the second time at these Games.

Finland nearly struck in the final minute of the first period, but Cavallini made a huge glove stop on Michelle Karvinen.

After a scoreless first, Barnes found the back of the net for the Americans with a goal on the power play early in the middle frame.

Hannah Brandt had the puck along the goal line and found a wide open Barnes cutting in on the back side for the goal.

Less than two minutes left in the second period, Knight found a loose puck in front of the net and beat Keisala blocker-side to double the U.S.’ lead.

In the third period, the U.S. got a late insurance goal from Hayley Scamurra to give the Americans a 3-0 lead with less than five minutes left in the contest. Scamurra deflected a shot from Barnes for her first career Olympic goal.

Finland broke the shutout with 26 seconds left, as Susanna Tapani jammed in a rebound in front of the net. But the U.S. answered with an empty-net goal by Abby Roque, sealing a 4-1 victory.

Up next is another matchup with Canada, the other half of the two women’s ice hockey powerhouses. The Canadians made easy work of Switzerland in the semifinals, cruising to a 10-3 win.