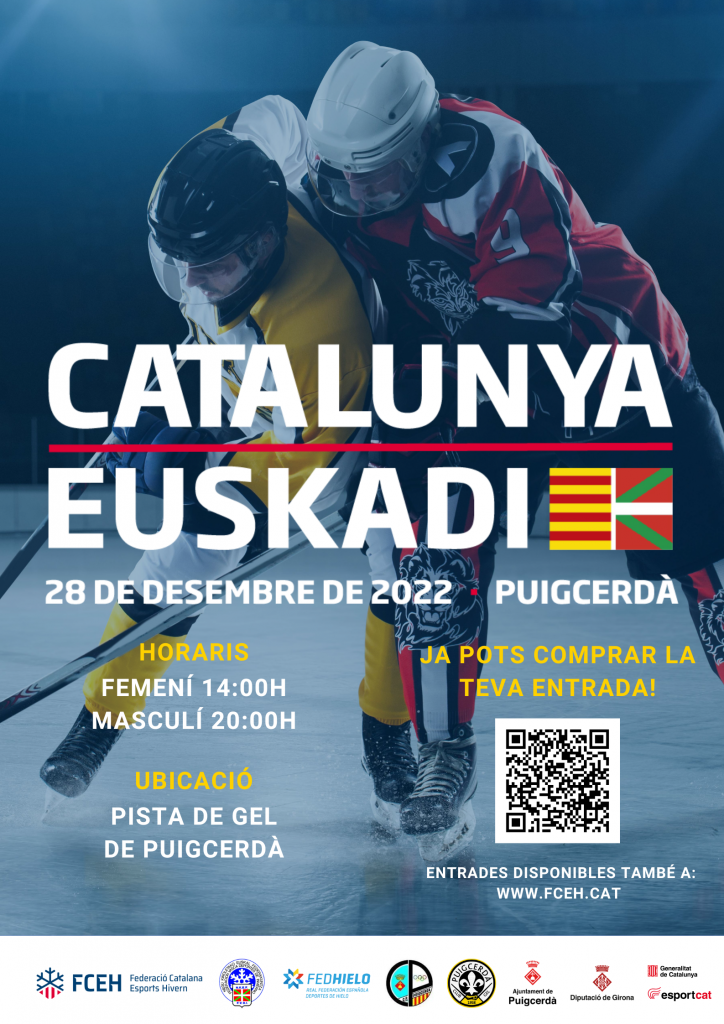 Five years after the last edition, the two powers of state ice hockey will meet again on December 28th, 2022, at the Puigcerdà ice rink. Tickets for the men’s and women’s national team matches can now be purchased on the FCEH website.

In another sign of a return to normality prior to the pandemic, the schedule games had to be postponed last year due to covid-19 prevention measures, on December 28th, 2022, the Puigcerdà ice rink will host a new clash between the teams of Catalonia and Euskadi. A duel with a certain tradition behind it that had not taken place for five years. The last one was in 2017, also in Puigcerdà, with a Catalan victory.

With the organization of the Catalan Federation of Winter Sports (FCEH) and the support of local institutions and entities, the Christmas holidays will once again have a match between two friendly teams with powerful social and sporting roots in state ice hockey. And it is expected that a large part of the players that make up the squads of the men’s and women’s teams will be from C.G. Puigcerdà and FC Barcelona, in the case of Catalonia, and CHH Txuri-Urdin, in terms of the Basque Country.

Puigcerdà will alive a Wednesday with a festive atmosphere where ice hockey the usual protagonist of the daily life of the area, will be the great attraction. The day will have the celebration of two matches –male and female–, the schedule and order of which is pending confirmation.

Tickets for the double event on December 28, 2022, are already on sale on the FCEH website, at a promotional price that will increase slightly later, depending on the month in which they are purchased. In addition to the tickets for each match, you can also buy the All in 1 pack, which includes access to both matches for a cheaper price.

The face to face, favorable to Catalonia

2008 was the opening year of this match, in Vitoria-Gasteiz, with a 3-5 Catalan victory. It was not, however, the official debut of the national team, which began its journey in 2003 with a duel against the Belgium team. Since then, the balance between Catalonia and the Basque Country has been favorable to the former by three wins to one, as well as a draw.

Both national teams have a significant weight in Spanish ice hockey, where C.G. Puigcerdà, FC Barcelona and CHH Txuri-Urdin have dominated state competitions in recent years. La Liga is a clear example of this, as you have to travel until the 2015-2016 season to find a champion who is not Catalan or Basque (CH Jaca)