Tunisia becomes the 82nd member country of the IIHF 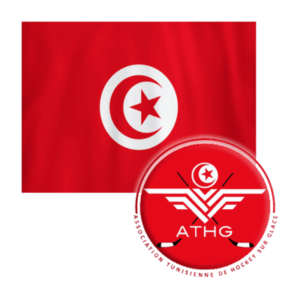 By Desk Sports Team – Bolly Inside

Tunisia, led by long-time president Ihab Ayed, will become an associate member of the organization, meaning they can only participate in minor international events and won’t be able to vote at the IIHF Congresses. This is partly because Tunisia doesn’t have a legal IIHF rink, so the team participates abroad. With no full-size ice rink available to play in Tunisia, the hockey movement is led by Tunisians abroad, in particular by President Ihab Ayed, who played for Francais Volants Paris and the Courbevoie Coqs in the fourth tier of French hockey. It’s in the Paris suburb where Ayed organized his Tunisian team’s first game on 14 June 2014 that ended with a 6-5 win for Courbevoie

Two years later, the Eagles played in the Arab Clubs Ice Hockey Championship in Abu Dhabi, finishing third to teams from the United Arab Emirates and Lebanon. Tunisia is the eighth Arab country in the IIHF now.

The IIHF also approved Singapore’s move to full member status, allowing the team to participate in events such as the World Championship.  The Tunisian Ice Hockey Association was founded back in 2009 and played its first,  and only game to date, as the national team against French unit Coqs de Courbevoie back in 2014. Tunisia, playing as a club team Carthage Eagles of Tunisia, won its first international tournament, the 2016 African Ice Hockey Cup, after beating the Rabat Capitals from Morocco in the final.