When The Vikings pillaged on Southampton’s ice rink

Despite being one of the lesser well-known sports ice hockey has enjoyed a passionate following over a number of years, during which time the local teams have experienced a number of highs and lows.

The date of the origins of the game are unclear but it’s believed to have originated as a spin-off from hockey in Canada.

It was first seen by Europeans being played by native Mi’kmaq in Nova Scotia in the 17th century. 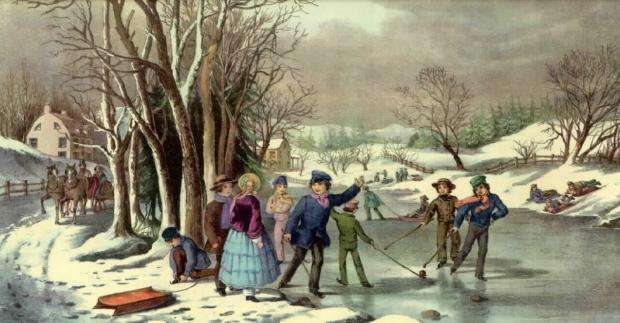 Early years of hockey in Canada

The early examples of the game were played with a stick and ball but over time the game developed.

It is understood that in 1860 a group from the Royal Canadian Rifles Regiment played a game in Kingston, Ontario using a ball that was partially sliced to give a flat side. The game was played on the frozen harbour.

Here in England a league was formed in 1903 and consisted of five teams that played at two ice rinks in London.

This influence increased the interest in ice hockey with the formation of the national ice hockey team. These teams enjoyed some amazing results culminating in winning a bronze medal at the 1924 Olympics in Chamonix and a gold medal at the 1936 winter Olympics in Garmish- Partenkirchen, Germany.

As the interest in skating and ice hockey developed Southampton opened an ice rink on the 18th July 1931. The first ice hockey match was to follow in November 1931 between Great Britain and Germany. 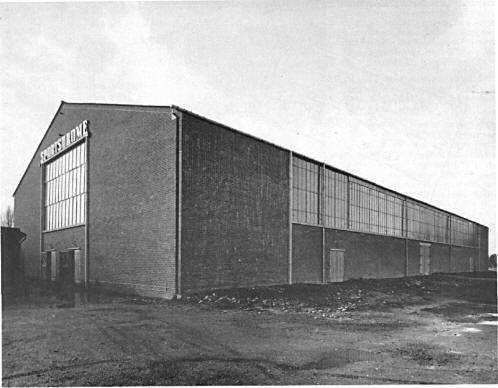 The original Ice rink in Southampton

That win at the Olympics made some impact locally for in 1936 Southampton tasted its first match by a team of its own.

The game was played by a local team against a team of London All-Stars with Southampton winning the game by 10 to 5.

The Southampton team became known as the Vikings in 1936 and this came about following the collapse of the French team named “Club Francais Volants”, from Paris, who played in a team strip with a large V on the front of their shirts. Unfortunately, due to financial difficulties, the club folded after only one season just as the French team had done.

The outbreak of the Second World War further hampered people’s enjoyments and the ice rink was also to suffer as a result. 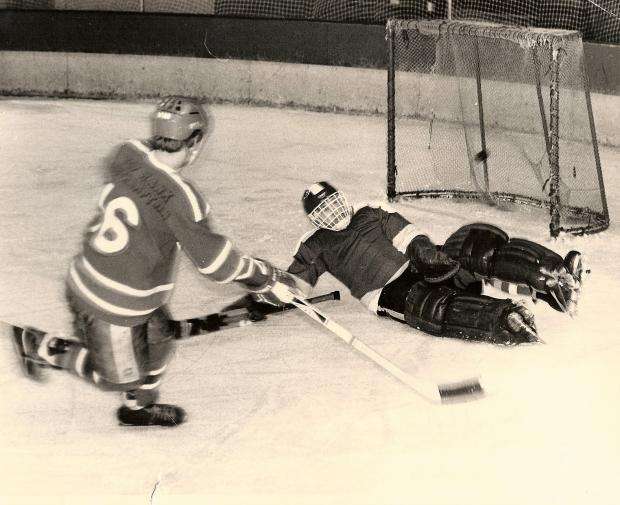 However, during one of the air raids, a parachute mine landed on the site promptly ending any prospect of sport being enjoyed at that location until after the war.

In 1952 a further attempt was made to resurrect the sport in the town and once again Charles Knott was instrumental in the construction of the new rink by obtaining an ice plant from the neighbouring Purley rink and a steel building structure from the Woolston Supermarine site.

A new team was arranged and play recommenced.

This new team initially achieved great success by winning the Southern Intermediate League at the first attempt. Alas, this success was short-lived and by 1964 the latest attempt to have an ice hockey team in the town was over. 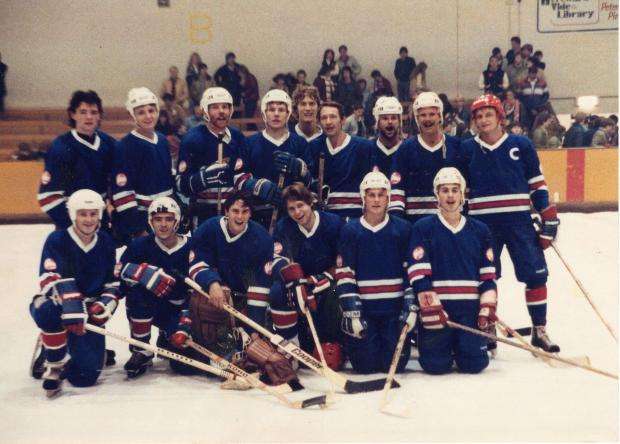 Vikings League Winning side 83-84 season away at Peterborough

This however was not the end of the story for in 1976 a further attempt was made to create a team for the city.

Once again success followed with the team winning the league in the 1983/1984 season. The Vikings would again be avidly watched until the closure of the ice rink in 1988.