Why does USA continue to fail at the World Championship? 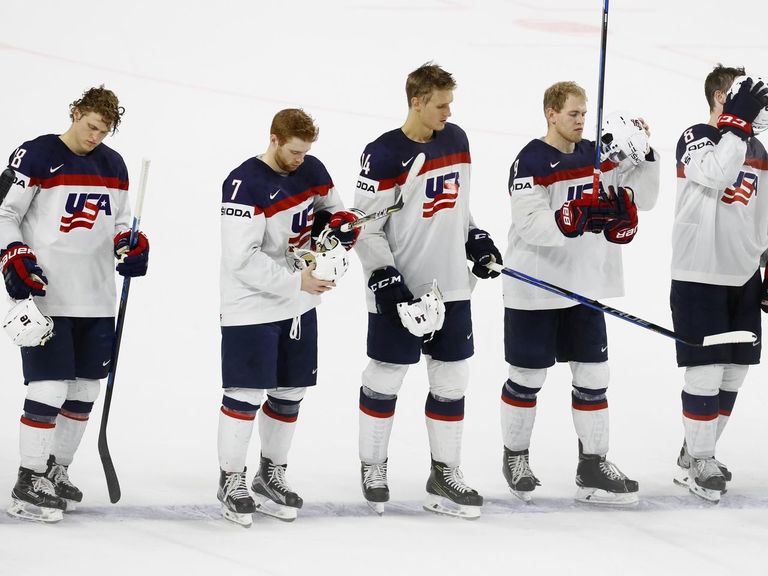 By Josh Wegman – The Score

The United States lost 2-0 in Thursday’s quarterfinal matchup to Finland, prolonging their gold-medal drought at the World Championship to a staggering 57 years. In fact, the Americans haven’t even made it to the gold-medal game since they won it in 1960.

Given the depth of players the nation possesses, this is quite embarrassing, to be frank.

Sure, Canada, Sweden, and Russia are all rich with talent, but countries such as the Czech Republic, Finland, Slovakia, and Switzerland have all played in at least one gold-medal game as recently as 2010.

You could argue that hockey is the No. 1 sport in most of those countries and that USA is more concerned with their football, baseball, and basketball. However, USA has more than double the amount of hockey rinks (indoor and outdoor) in its country than Sweden, Finland, Czech Republic, Slovakia, and Switzerland combined, according to the IIHF’s website.

Furthermore, USA had 266 players play in the NHL this season, second only to Canada’s 451. Sweden was third with 91, per quanthockey.com.

There have been many years where USA was missing almost all of its top players, but 2017 was not one of those years. The team featured firepower up front with Jack Eichel, Johnny Gaudreau, and Dylan Larkin, stability on the back end with Jacob Trouba, Noah Hanifin, and Brady Skjei, and a good veteran goaltender in Jimmy Howard, who was coming off his best NHL season.

To make matters worse, they lost to a Finnish team missing just about everyone. The only players on the Suomi to play at least 20 NHL games this year were Valtteri Filppula, Sebastian Aho, Mikko Rantanen, and Jesse Puljujarvi. They got shut out by some goaltender named Harri Sateri.

Prior to losing to the Finns, the Americans had dominated the tournament. They were 6-0-0-1, scoring 31 goals and allowing just 14. They even beat both Russia and Sweden.

Perhaps the most logical theory as to why the States annually disappoint at this tournament is simple: the setting.

The worlds have been held in Europe every year since 1962, with the lone exception being 2008 when the tournament took place in Quebec City and Halifax.

Playing in front of a hostile European crowd can be awfully intimidating. They chant through the entire game as if it were a soccer match. American fans are outnumbered by fans of their European opposition regardless of which overseas nation is hosting the tournament.

Maybe even more importantly, American players aren’t accustomed to the larger international ice surface. Obviously, many European teams are made up of NHLers, but their supporting cast of players usually play overseas during the regular season and are therefore used to the big ice.

The European setting certainly plays a part, but perhaps USA’s failures at the worlds stem from a deeper meaning.

This is not to say that the Americans don’t want to win and make their country proud. They certainly do.

However, when it comes down to a puck battle, or putting your body on the line, 33-year-old Topi Jaakola of Finland, who has played his entire career overseas, might just have that much more of a will to win than a young American player with a bright future in the NHL. For Jaakola, this is his Stanley Cup.