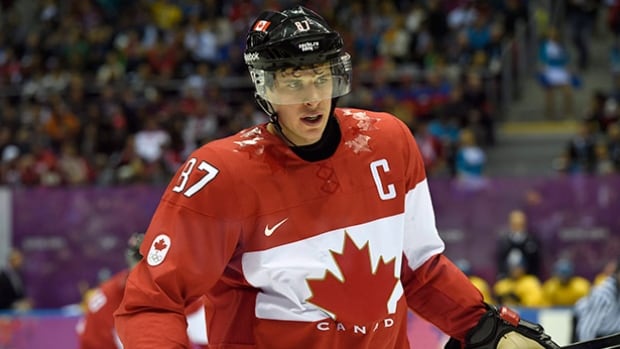 Sidney Crosby helped Canada win its second consecutive Olympic
gold medal in 2014, but it’s uncertain whether they’ll get a chance
to try for a three-peat in 2018.

NHL players’ potential participation in the 2018 Olympics in Pyeongchang, South Korea is a spicy topic again because of the imminent World Cup of Hockey, which makes its return this month in Toronto after a 12-year hiatus.

Just because Sidney Crosby, Connor McDavid, Alex Ovechkin, Patrick Kane, Anze Kopitar and others will be going head-to-head in this best-on-best tournament, which opened the training camp doors on Monday, doesn’t mean the Olympic spirit is dead when it comes to the NHL.

This dance of whether or not NHL players will skate in South Korea in 18 months began shortly after Crosby and company arrived in Sochi for the 2014 Winter Games. Back then, NHL deputy commissioner Bill Daly predicted a decision on Pyeongchang would be made within “six months.”

But here we are more than two years later and no verdict has been rendered. Last May, at his annual Stanley Cup Final press conference, NHL commissioner Gary Bettman expressed doubt the NHL would shut down its 2017-18 season to be in South Korea, citing as the main reason the International Olympic Committee’s refusal to pay the league’s insurance and transportation costs as well as accommodations and hospitality for players and families in Pyeongchang.

The IOC and the International Ice Hockey Federation ponied up an estimated $32 million US to cover such costs for Sochi. Now, IOC president Thomas Bach, who took over prior to the 2014 Sochi Games, wants to put a stop on such payments.

Betterman reiterated his concerns from last spring at a press conference to hype the World Cup of Hockey a few weeks ago. He also remarked that just because the World Cup has returned, it won’t replace the Olympics.

There still is plenty of time for the NHL and the IOC and the IIHF to come to an agreement. The NHL did not formally agree to participate in the 2006 Turin Games until the previous summer, and a similar scenario played out for the Sochi Olympics in 2014.

In recent months, the IOC had a full plate as it prepared for the Summer Olympics in Rio. With that event now completed, those in the know expect negotiations with respect to Pyeongchang to begin in earnest later this fall. In fact, some of the early groundwork may be laid at the IIHF’s meetings in Paris this week.

The World Cup of Hockey can co-exist with NHL players competing in the Olympics. The players have a passion for these best-on-best events and even if the NHL and the NHLPA don’t gain monetarily from the Olympics, both sides will line their coffers with the World Cup cash grab.

Sure, it’s difficult for the NHL to shut down for three weeks in the middle of the season to travel halfway around the world for the Olympics, but this is something the league has successfully done since 1998 when it first trekked to Asia for the Games in Nagano, Japan.

NBC may weigh in

There also is the fact that the 2022 Olympics will be held in Beijing. This presents an untapped revenue opportunity for the hockey world, and the NHL would be nuts not to be there if it has designs on reaching the massive Chinese market.

But the NHL can’t pick and choose — not play in Pyeongchang, but be in Beijing.

From the IOC side, it would be nuts not to have the best players competing in the marquee competition of the Winter Games.

NBC, which agreed to a $7.75-billion extension in May 2014 to broadcast the Olympics through 2032, also has a huge say and influence. NBC is the United States rights holder for the NHL, too, and NBC will want to have a best-on-best hockey tournament to showcase.

So there’s still time to consummate another NHL-Olympics deal for 2018. Let the Games, or the dance, begin again.